It took about six hours with a break for lunch Monday to get the old bikes disassembled and packed in boxes. We’ve shipped bikes several times in the past but it’s always a challenge. On Tuesday we dropped them off at the Fed Ex shipping store in Hurricane. Glad that is over. By the way, if you ever have the need to ship a bike, Jim found a service called Bikeflights.com. They don’t count the weight (up to 70 lbs) but base the rate on the size of the box. You pay online, print out the label and just drop off the box at an authorized FedEx store, or for an extra $5 the box can be picked up. It was the first time we used it and the rates were much less than when we’ve taken them ourselves to FedEx or UPS. The buyers of our bikes paid for shipping so I’m sure they appreciated the lower cost.

After all that we were in the mood for a ride, so we took our new mountain bikes with us and went over to the Red Cliffs National Conservation Area and the Prospector Trail, about 10 miles west of Hurricane.

From the trail head parking lot. 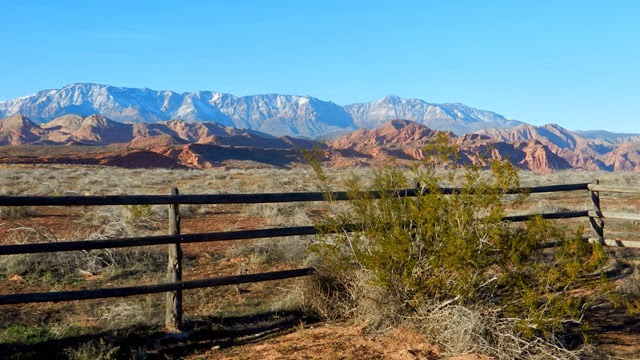 This is rated as an easy/intermediate trail, and for the most part it wasn’t too bad. There were a few steep, rocky areas where we had to get off and “hike ‘n bike” but then the trail became rockier and ran very close to a ledge. Neither of us were comfortable doing this so we turned around at this point.

This is the trail? Not in our comfort zone. Jim is still sore from his falls last week. 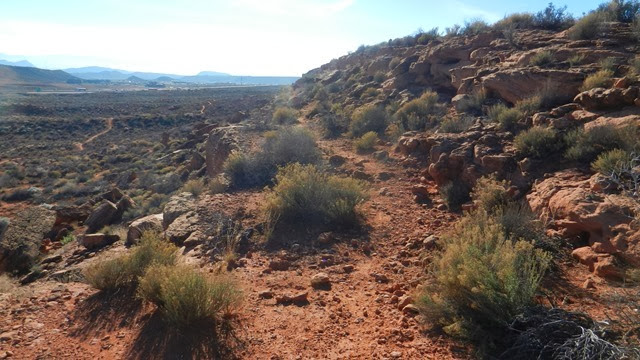 It was a good workout in a lovely area. We never cease to be amazed by the views around here while biking. 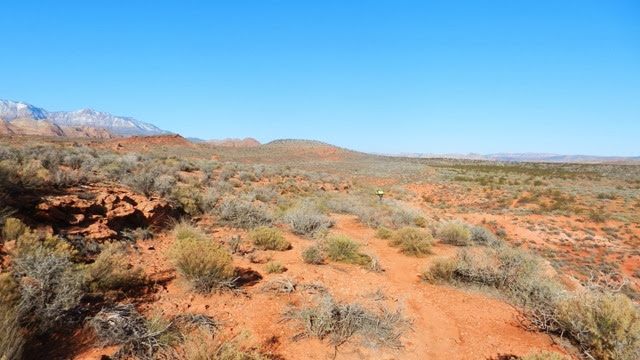 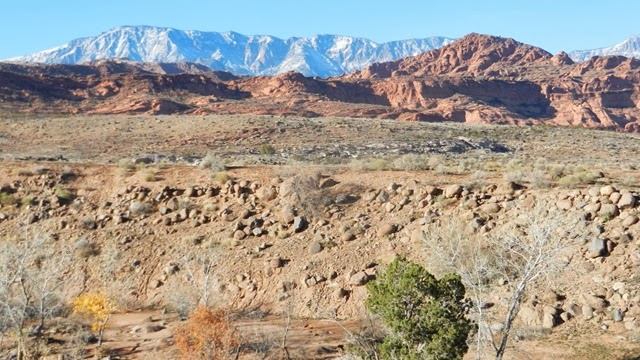 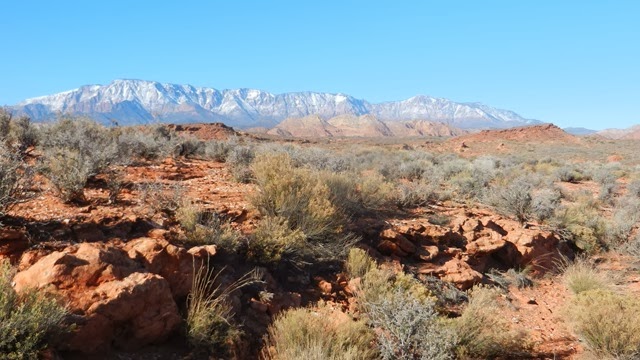 And an update on Benny “Z” the cat. A couple a few sites from us informed the family (in front of the little girl) that they could not take the cat because they were! She’s been feeding him but we spoke with them and they said they have four dogs at home in Oregon and couldn’t take it. Also they just bought a new 45’ luxury motor coach, and the man said the cat was NOT coming inside. Who would have thought there would be a fight over a stray cat? We can’t GIVE ours away! It will be interesting to see how this plays out and I hope Jim doesn’t have to intervene.

Hope everyone has a great Thanksgiving. We saw a bunch of wild turkeys in Zion yesterday and it made me happy to know they would not be on someone’s table today.