Finally Got To San Francisco (Part One)

On Saturday we moved to Concord, CA, thanks to a generous offer from our Lazy Daze friend, Steve. We spent three very quiet nights in his driveway just 30 miles east of San Francisco. Our bikes spent three safe nights in his garage, and Debbie was able to park on the street in front of his house. And as far as we know there were no complaints from the neighbors. 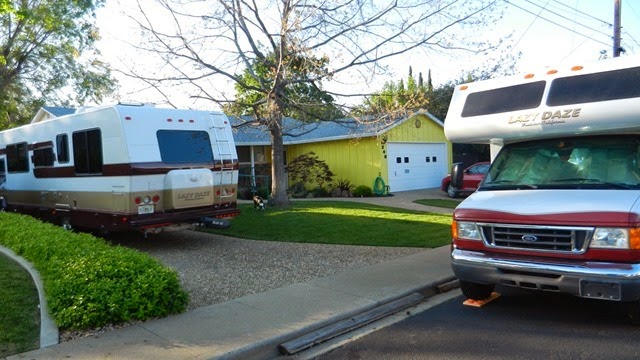 Steve and his cute dog Jiggs, who tried to eat Sophie but didn’t succeed. 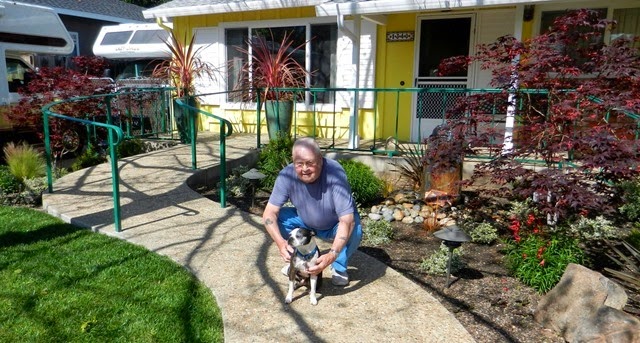 This turkey named Henrietta has lived in the neighborhood for a couple years. She has a bum leg, but wanders around happily. One day I awoke to find her in front of Debbie’s step. 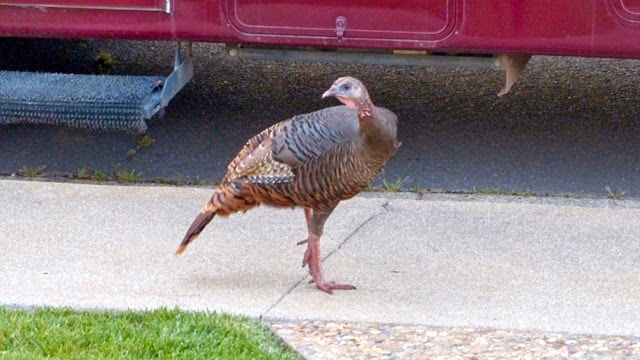 Another day we came home to find her on a truck across the street. Nobody seems to bother her, she just goes where she pleases. 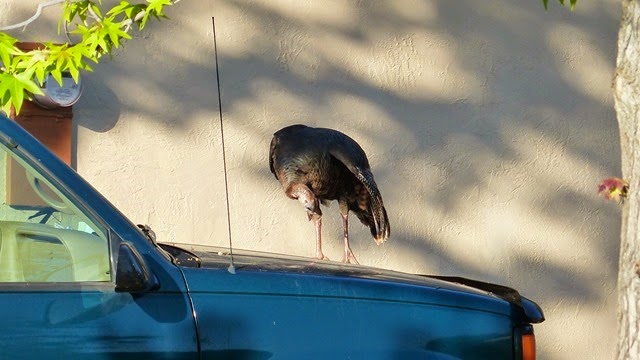 After getting settled, Steve took us for a ride to get acquainted with the neighborhood and have lunch. That afternoon Jim and I went to nearby Mt. Diablo State Park for a little hike. 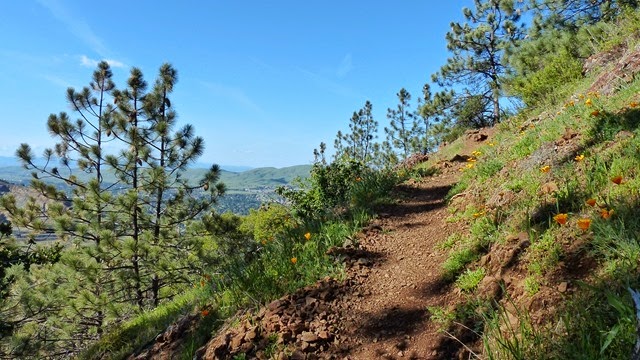 It was over seven miles to the summit, but we just did a 4 mile loop, which was plenty that day. 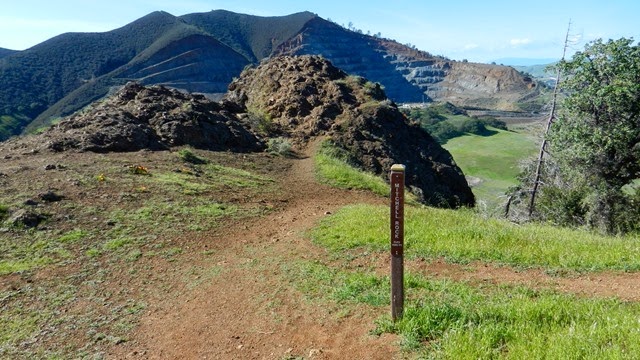 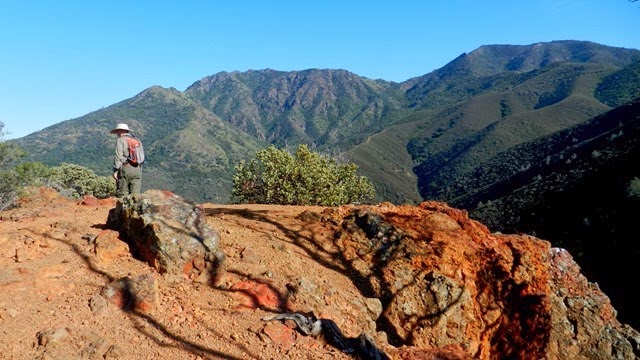 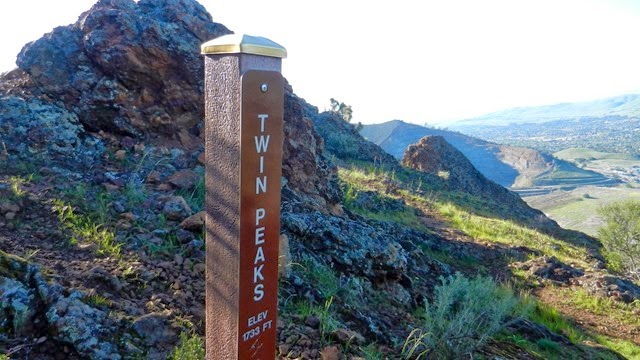 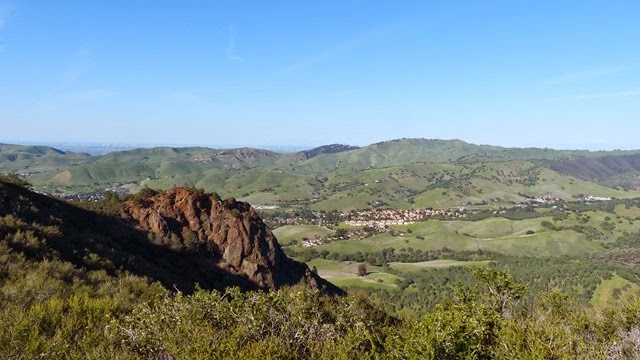 Steve told us what looks like a hotel in the center of this photo is actually just a single house. 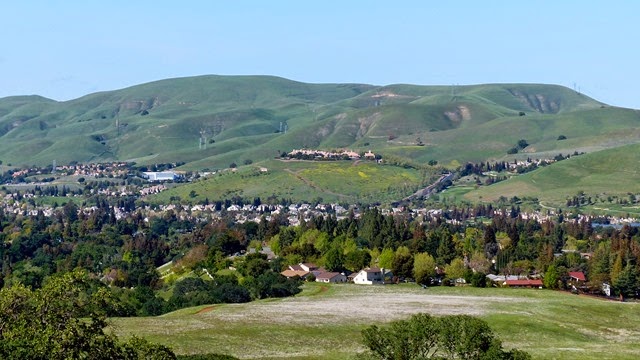 How the other half lives. 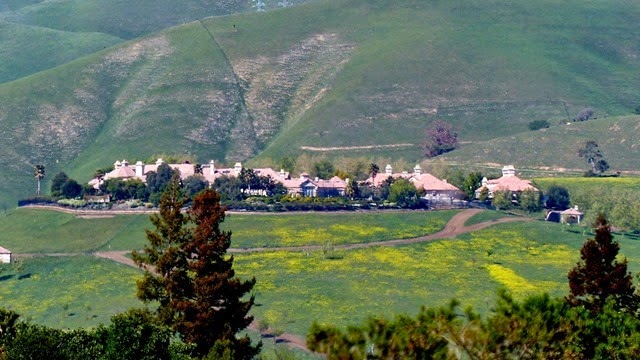 But to really see how the other half lives, on Sunday morning we drove in to San Francisco to visit some other Lazy Daze friends, Dave and Mary, who actually live in the city. 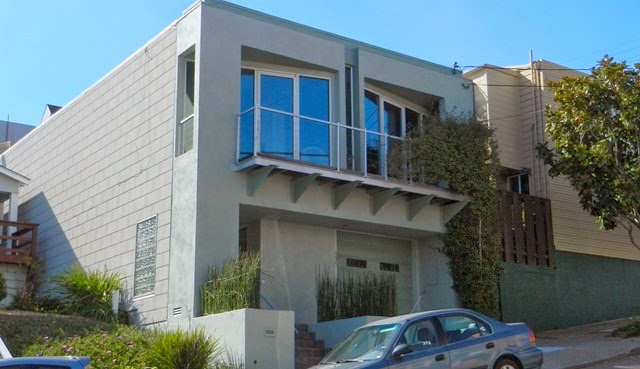 Their house is on a very steep street with a great view and nice backyard. 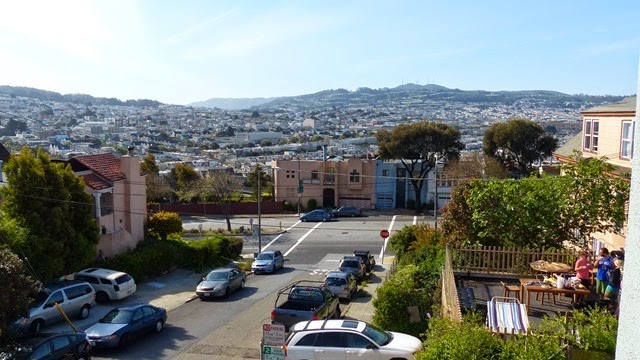 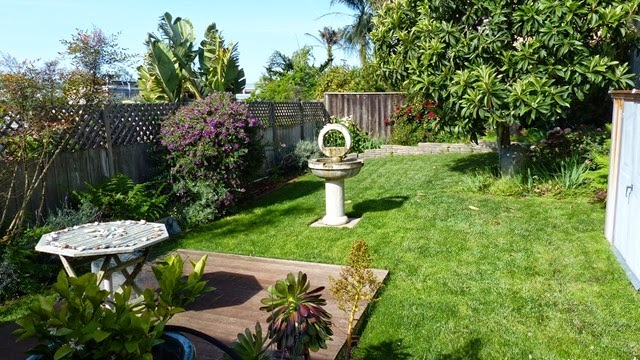 They were kind enough to let us all pile in their car and give us a tour. We went to Twin Peaks, the Presidio, Lands End, Golden Gate Park, and we can’t remember where else, with brunch at Pomelo’s thrown in there somewhere. We tried to park and walk to Crissy Field so we could get closer to the Golden Gate Bridge, but due to road construction and the Sunday crowd taking advantage of the beautiful warm weather, that wasn’t meant to happen. We had a great time and appreciated having someone so familiar with the city to show us around. 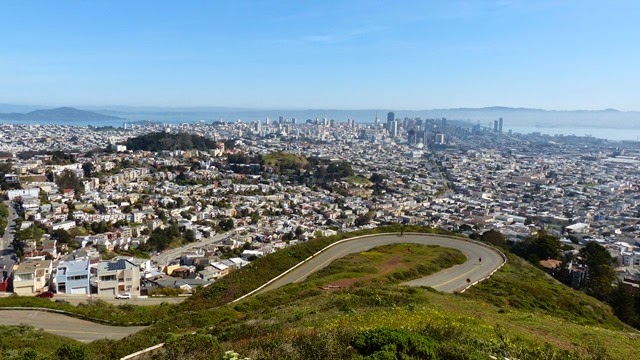 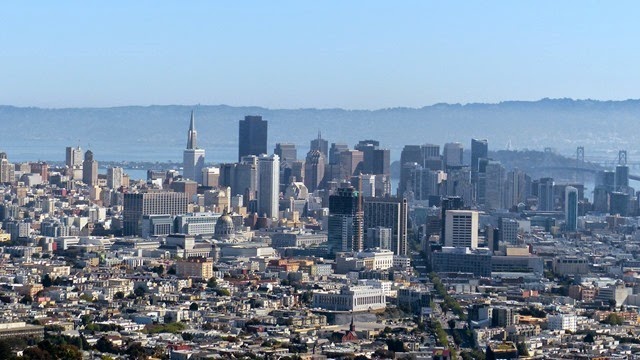 Look closely in the grass to the left of the road 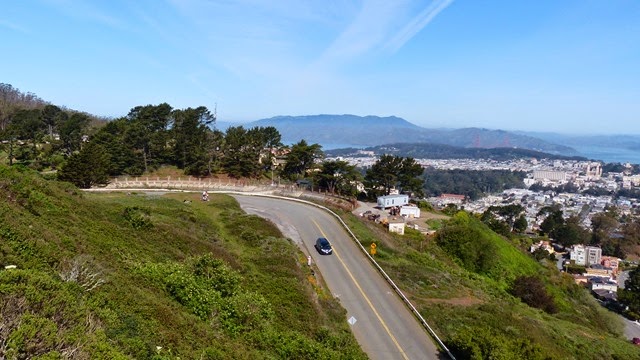 This couple was working out with a view. Guess it’s much safer than riding on the busy streets. 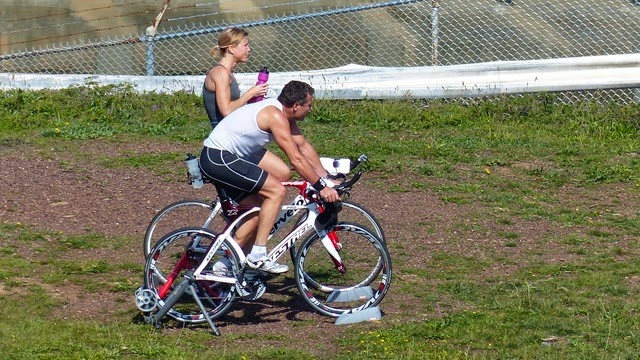 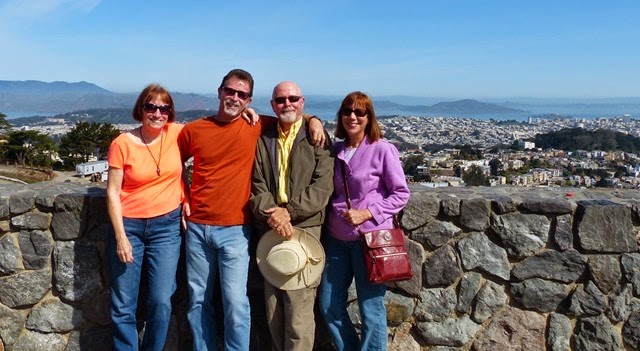 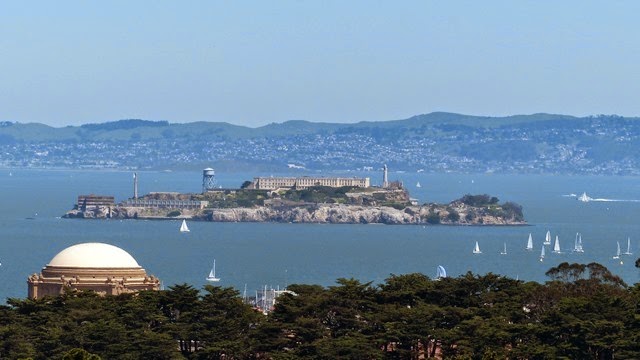 A bit of the Presidio. A nice hike along the coast. 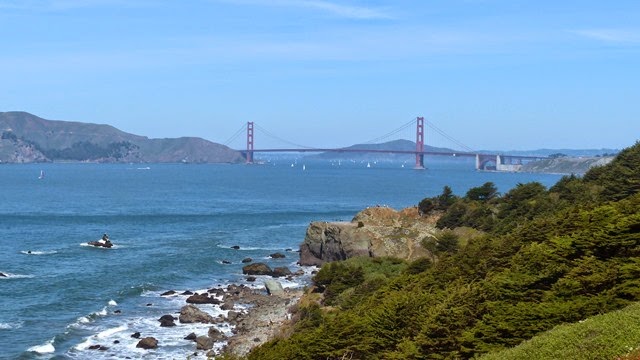 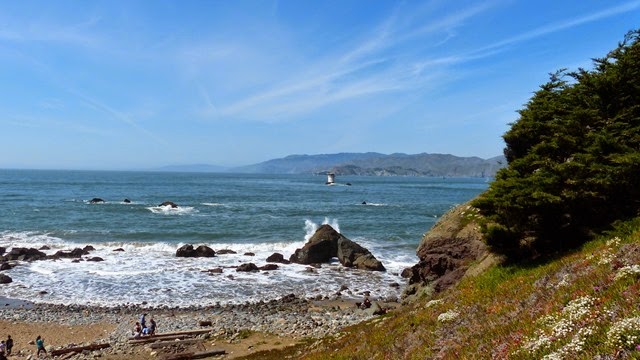 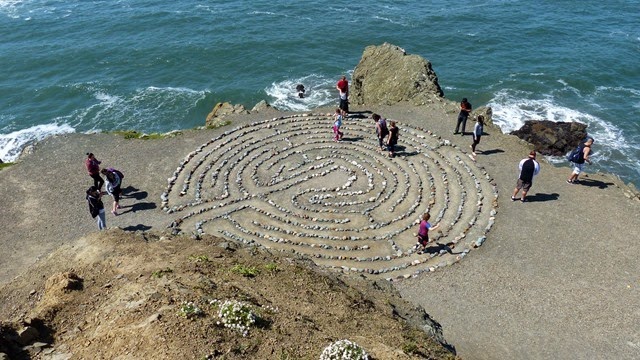 And even a windmill. 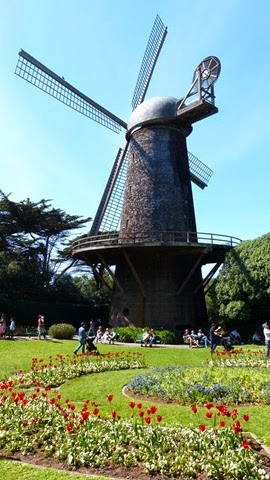 It was a fun but tiring day, and we still had to drive back to Concord in more traffic than we’re comfortable with. We got smart and took the train the following day, but that’s for another post.