Out of the City and Into the Redwoods 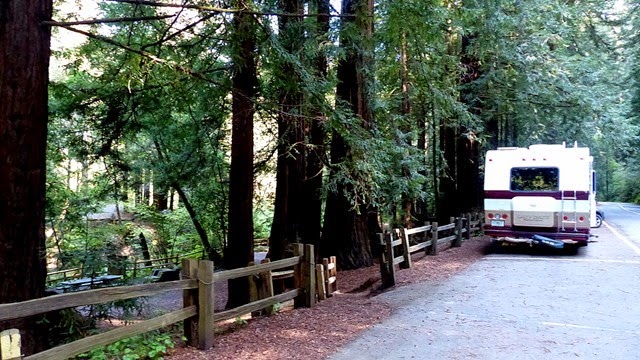 As much as we enjoyed our whirlwind tour of San Francisco, we were ready to get away from the city. There are so many places we wanted to visit in Marin County in the north San Francisco Bay area, but very few options for RVs. We decided to check out Samuel P. Taylor State Park, 15 miles west of San Rafael, and very close to Point Reyes National Seashore.

Sites are limited for a 30’ motorhome, but the camp host suggested we park in sites 1-6, pull-offs right along the road. The sitting area is down by Lagunitas Creek. 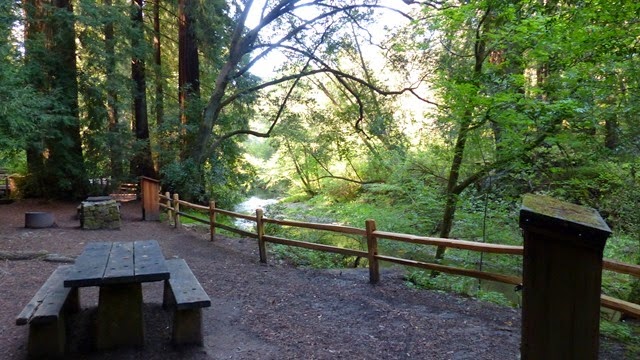 The other area with long enough sites was pretty tight for driving, and there were quite a few places with low hanging limbs, so we took his advice. Due to the drought the showers and dump station are closed, and RVs cannot fill their water tanks, but there are some spigots still available for drinking water. I won’t bore you with details, but be warned that the rangers are quite serious about enforcing the rules, and the volunteers tend to misinterpret them, so we had some strange conversations with both. I think it must have something to do with lack of sunlight! It sure got to us after just one day. Oh, and all of this fun for a mere $35/night, no hookups, of course. 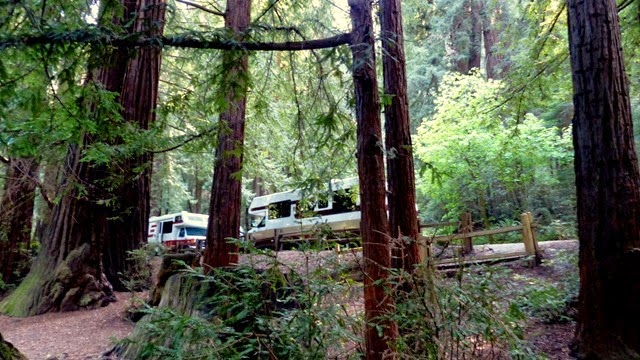 On the plus side, there is a nice bike trail running through the park, so we took a little ride after getting settled. The next day we went to check out Point Reyes National Seashore. It’s a huge park and would take many return visits to see it all, but we stopped at the visitor center, got some info on hikes and things to see, walked along the Earthquake trail that explores the San Andreas Fault Zone, then headed off for a hike to the coast.

The ranger suggested taking the Laguna trail to the Fire Lane trail for two miles, then a short walk along the coast to Sculptured Beach, where we could do some tide pooling. Low tide was at 2:00, and we got to the beach about 2:15.

We saw deer along the trail and several elk higher up on the hills. 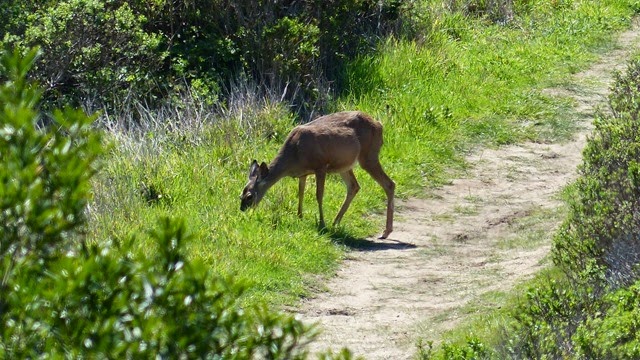 The tide pools were in the rocky area not too far down the beach. 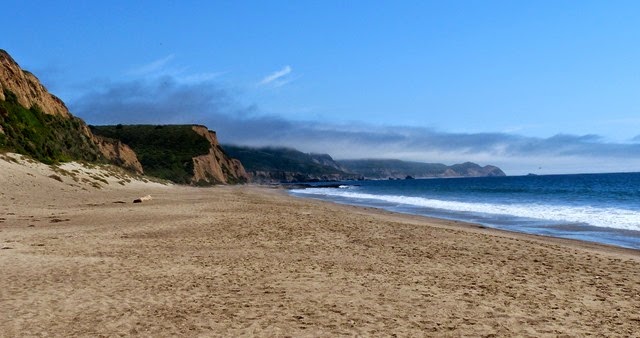 It was quite cool and windy by the water, and Jim was feeling a bit under the weather, so he decided to head back to the car while Debbie and I wandered the rocks in search of sea creatures. The exposed rocks were covered with mussels and barnacles. 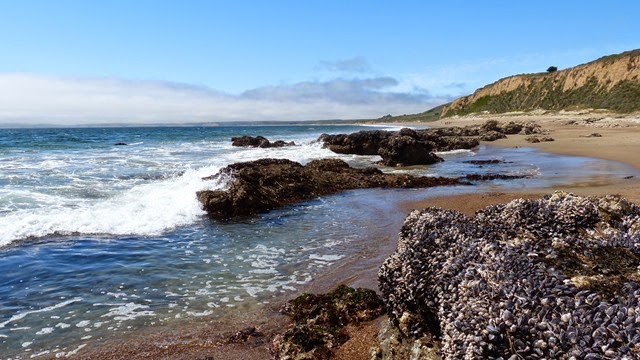 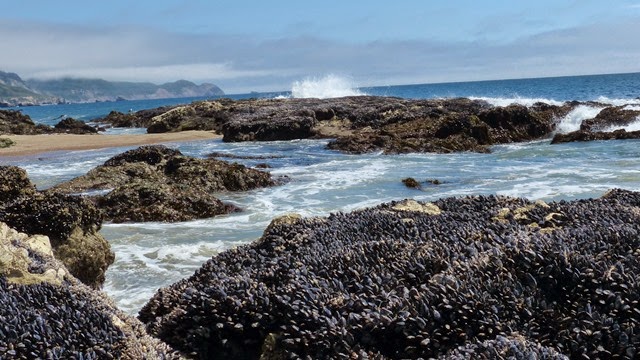 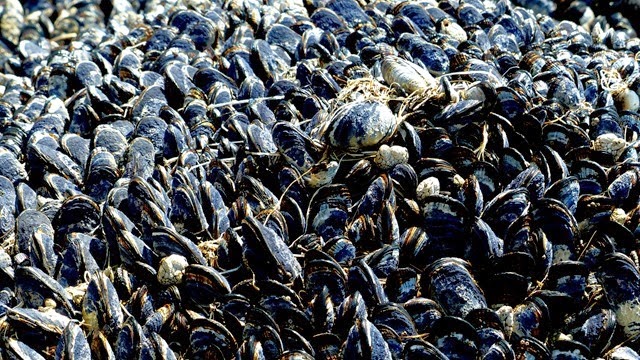 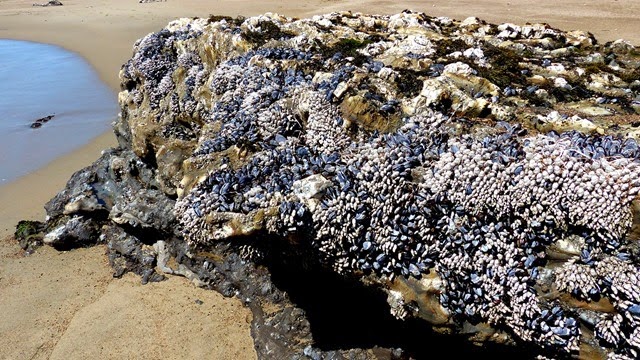 I wasn’t having much luck spotting anything else, but Debbie found some snails, and then as we looked closer in the tide pools we found all kinds of sea life. 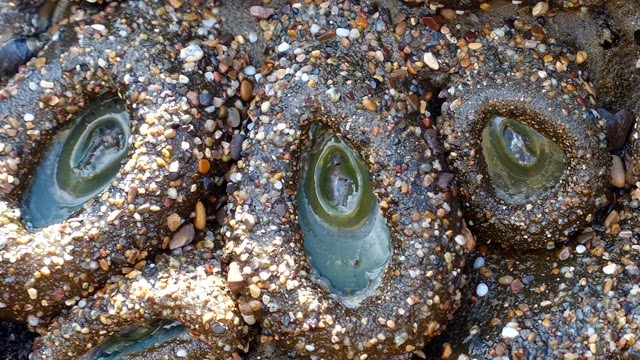 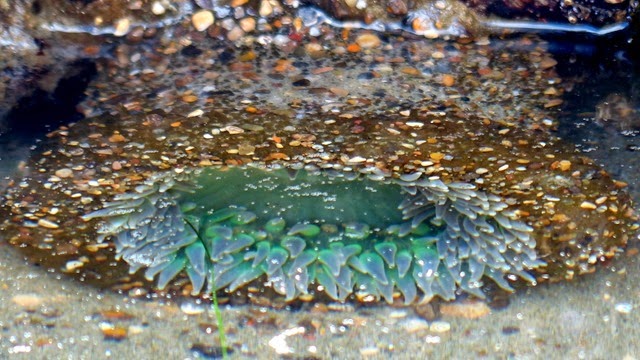 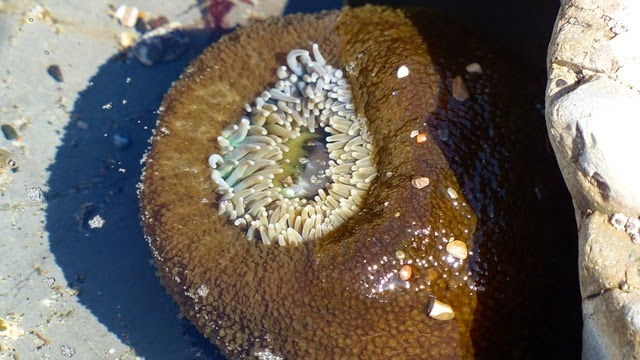 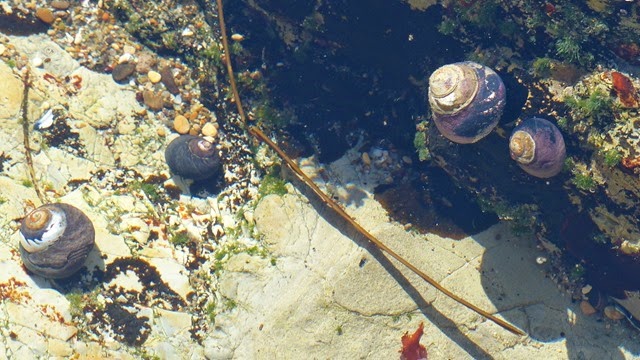 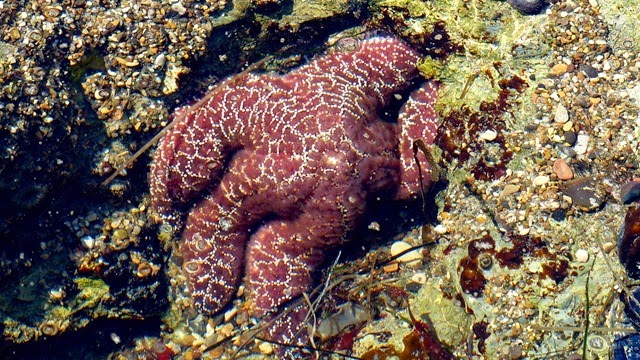 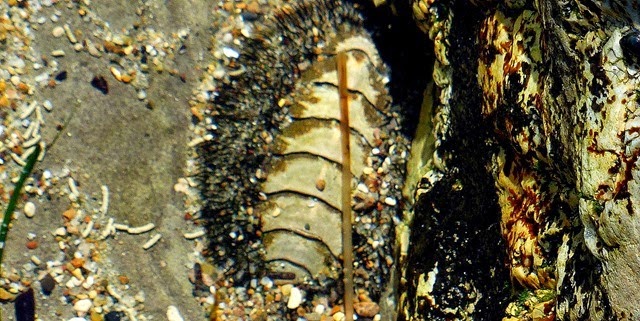 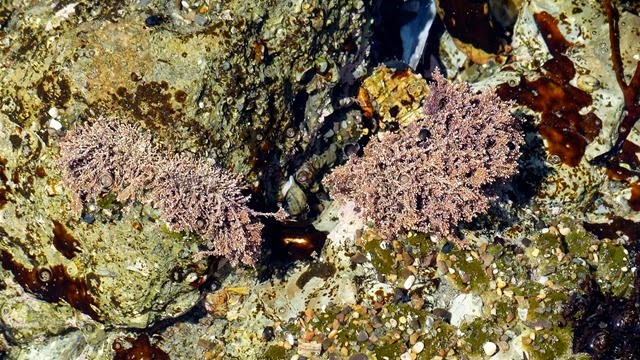 We’ll definitely be checking low tide times and doing more of this when we’re near the coast.

And as much as we hate to miss seeing some of the other places in this area that were on our list, like Mt. Tamalpais, Muir Woods, Golden Gate National Recreation Area, and Sausalito, two nights under the lovely redwoods with no sun was making us crazy!