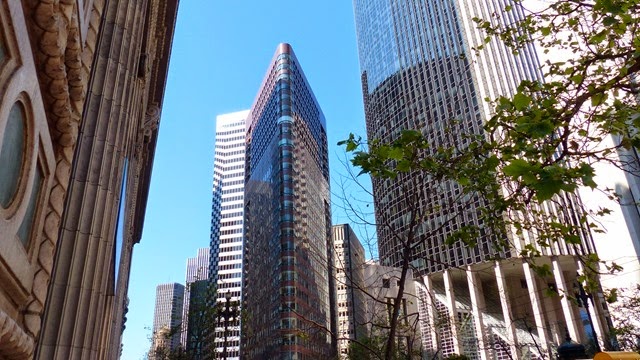 We knew we didn’t want to drive and find parking in the city on Monday morning, so we headed for the North Concord BART station, where we easily found a space in the free parking area, then boarded the train for Embarcadero station. Less than 45 minutes later we were in downtown San Francisco after flying through a tube under the bay. BART has an interesting history and was a major accomplishment for the city. It’s a great way to get around.

Although David and Mary have lived in San Francisco almost all of their lives, they had never been to Alcatraz. When we mentioned that was one of the things we wanted to do, they said they would love to join us, so we met them at the Ferry Building. 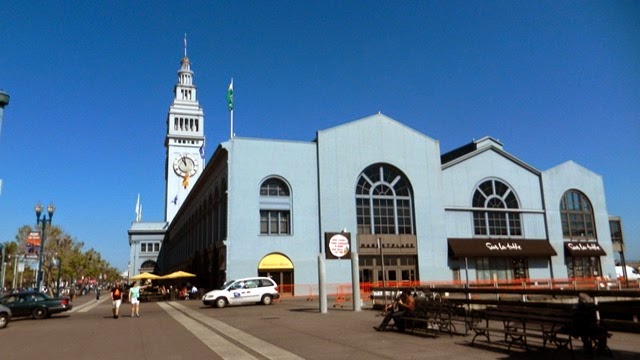 After an excellent lunch at Pizza Orgasmica, we made our way along the Embarcadero. 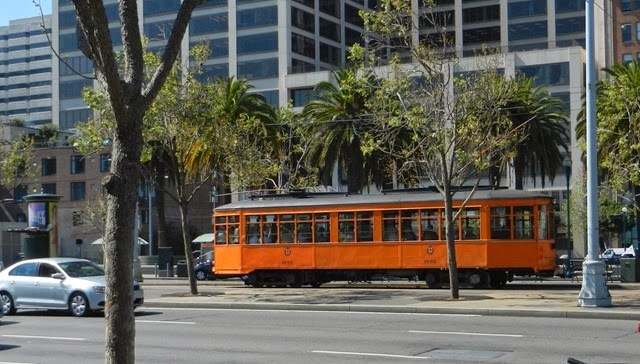 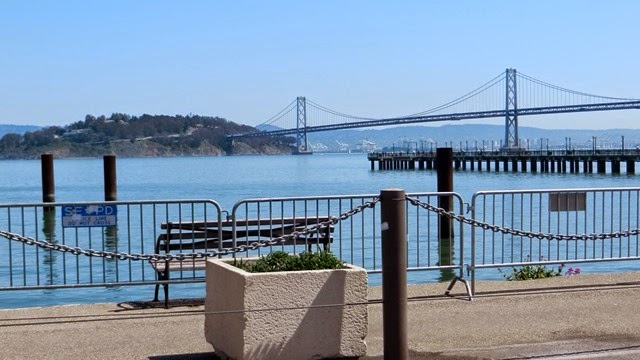 We arrived at Pier 33, along with 400 of our closest friends, to catch the ferry to Alcatraz Island. We were surprised by the number of people, but luckily had purchased our tickets in advance on line. $30 per person, which includes the ferry ride, an orientation video, ranger talks, and the Cellhouse Audio Tour. Seniors 62 and older get a whole $1.75 discount. You are able to wander around at your leisure and spend as much time as you like. 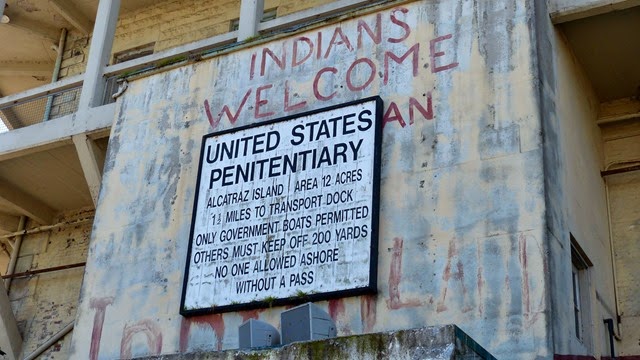 One of the current prisoners. 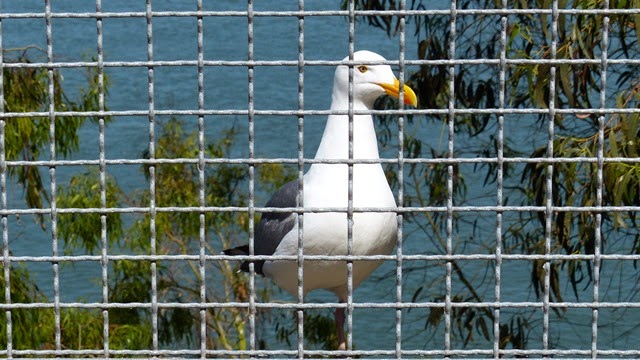 Besides its fame as a federal prison, Alcatraz has been a US Army fortress, home of the first lighthouse on the West Coast, a bird sanctuary, site of the American Indian occupation, national park, and movie set. 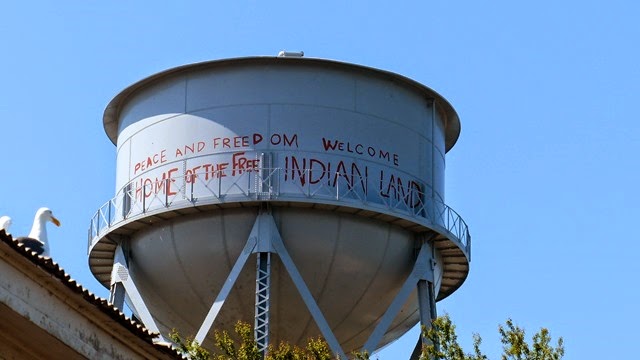 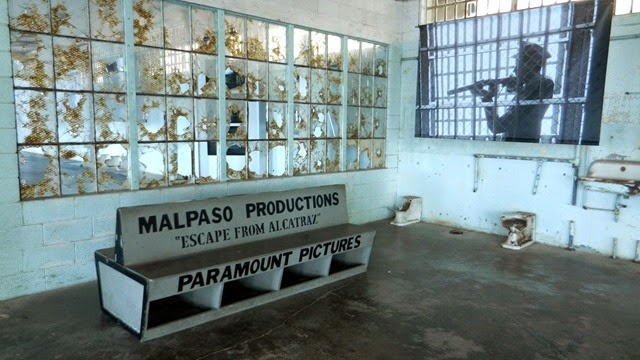 We spent nearly three hours wandering around, and really enjoyed the Cellhouse Audio Tour. It is narrated by former guards and inmates and the sound effects really add to the experience. In fact Mary used to work with one of the guards who did some of the narration. You can read her take on our day at Alcatraz here. 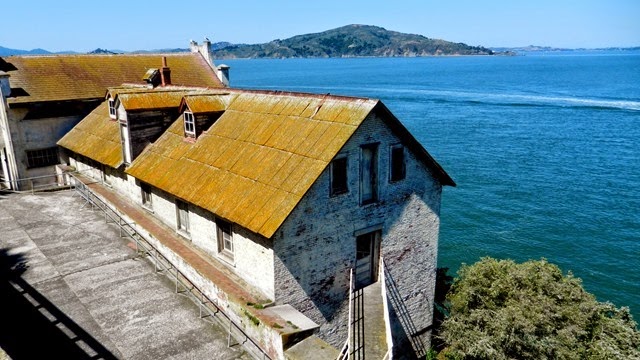 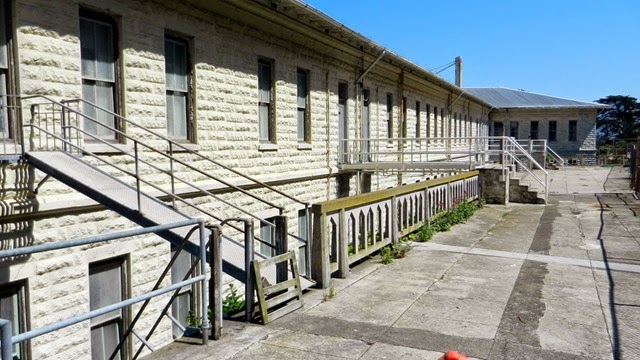 Warden’s house, which burned years ago. 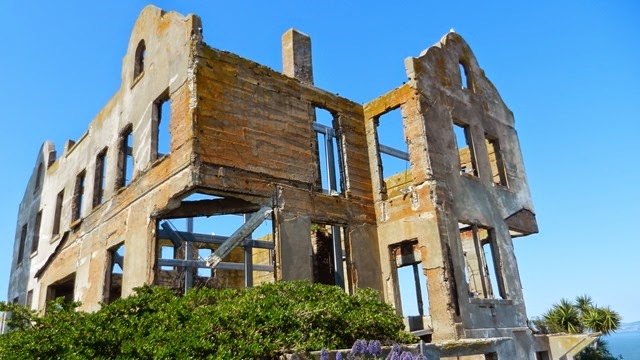 Model Industries Building, where the prisoners did manual labor to earn privileges. They had an interesting photograph display of the day the prison closed on March 21, 1963. 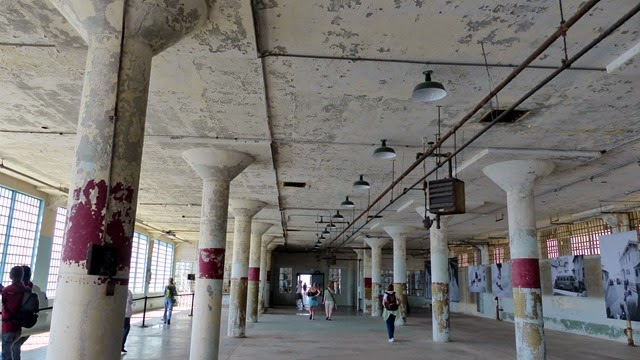 Fire truck and old Chevy from the prison days. 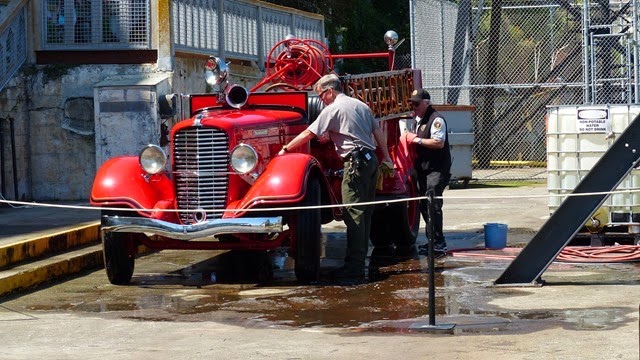 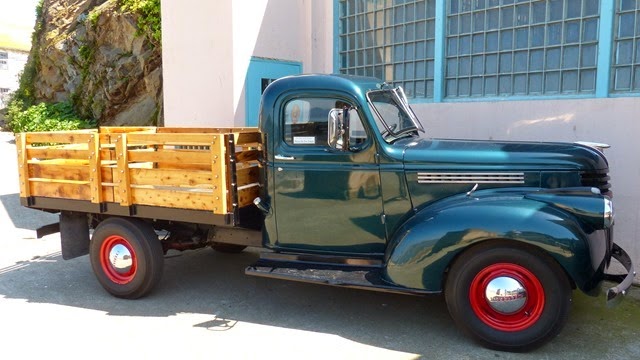 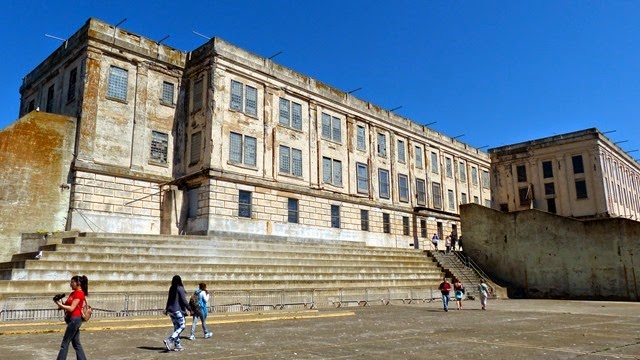 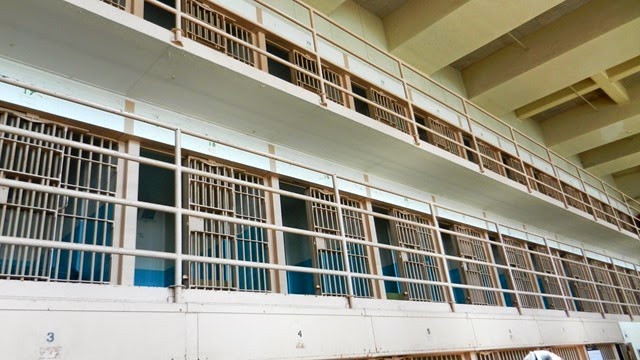 How could you not go crazy living in this tiny room? 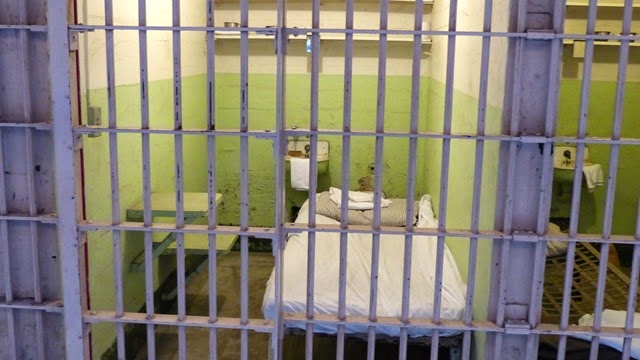 My favorite photos of the day. 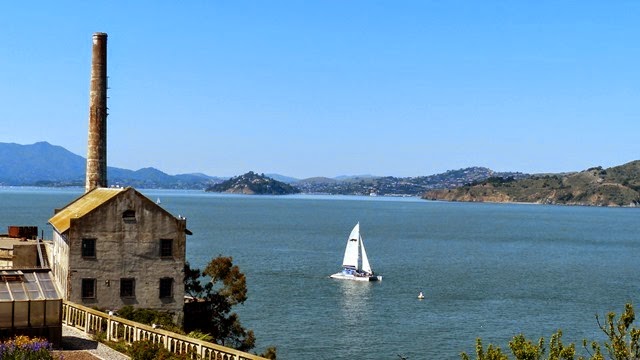 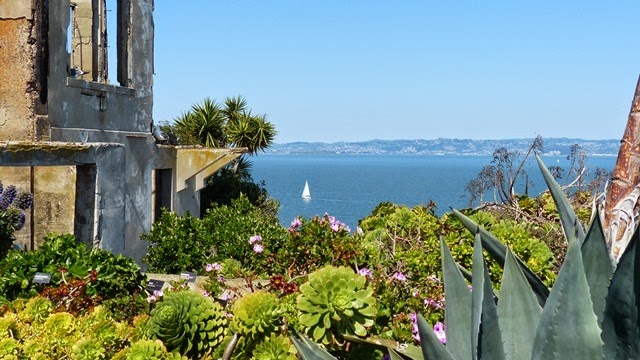 We were fortunate to have visited Alcatraz on such a warm, clear day. The views are wonderful, we really enjoyed the tour and Dave and Mary’s company, and would highly recommend it.

How nice it was to hop on BART at 5:30 during rush hour and not have to fight traffic. We did have to stand up most of the way, though, which was good for our balance training.

We left Concord the next day after Steve graciously took us out to breakfast. What a nice host. He also gave us good directions to our next destination, Samuel P. Taylor State Park, where we spent a couple days in the dark. But more about that later…