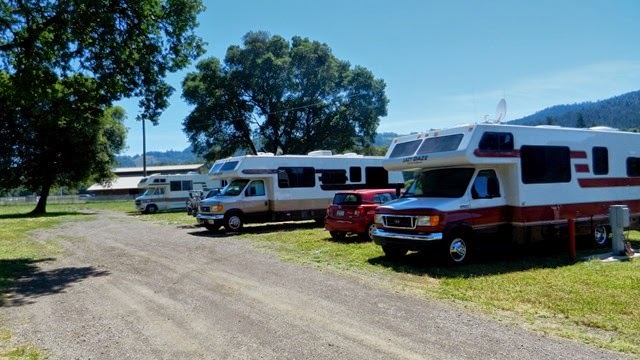 It was only 62 miles from Santa Rosa to our next destination, Mendocino County Fair RV Park in Boonville, CA. We headed north on the very scenic 101, passing vineyards and huge wineries in simply idyllic locations. The last 25 miles we drove along Hwy 128 (Anderson Valley Rd), which was quite a road for the first eight miles or so. Twisty, curvy, 10 mph hairpin turns. It was a long eight miles.

Options for camping are limited in this area, but luckily another fairground came to the rescue. Full hookups for $30/night. When we pulled in there was only one other RV besides the camp hosts, a classic old 1984 Lazy Daze. Had a nice long chat with the owners, Jay and Aileen from Los Angeles, who purchased it just a couple months ago. This is only their second time out in it and so far it’s working well for them. Welcome to the cult!

Anderson Valley is home to apple groves, wineries, and sheep farms. Our nearest non-RV neighbors are just a short walk away.

These guys would come running up to the fence when anyone approached. So cute! 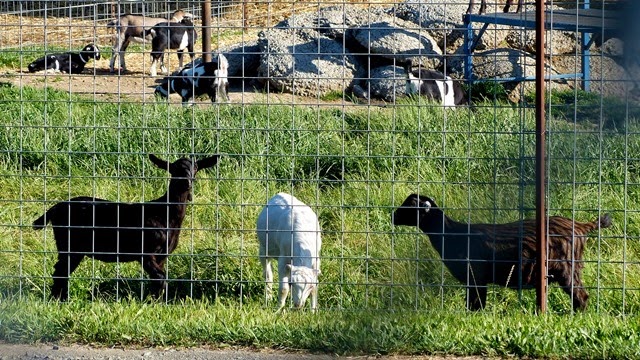 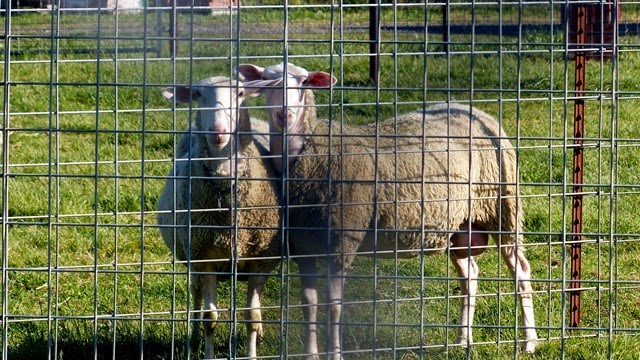 We took a walk about a mile down the road to tour the Anderson Valley Brewing Company, the first time we’ve ever stayed within walking distance of a brewery. Some of the beers we tasted were pretty good, but not the best we’ve ever had. 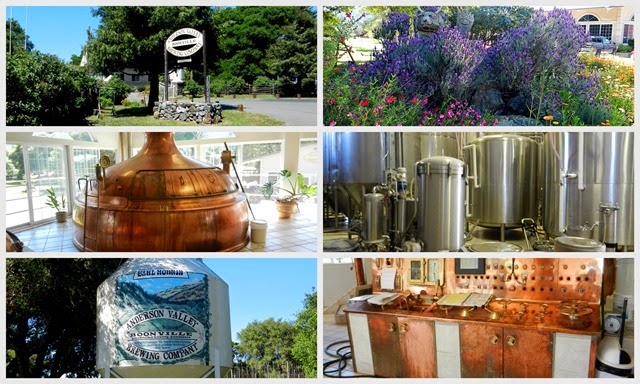 Yesterday we went for a hike at nearby Hendy Woods State Park. The park has two groves of native redwood trees, with the Navarro River running through it. We ate our lunch in the picnic area before we got started, joined by bold Steller’s jays that landed on the table. 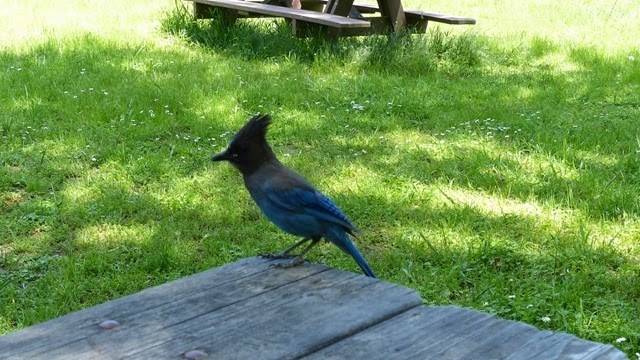 Jim did an experiment and learned that they love pretzels but won’t touch carrots. 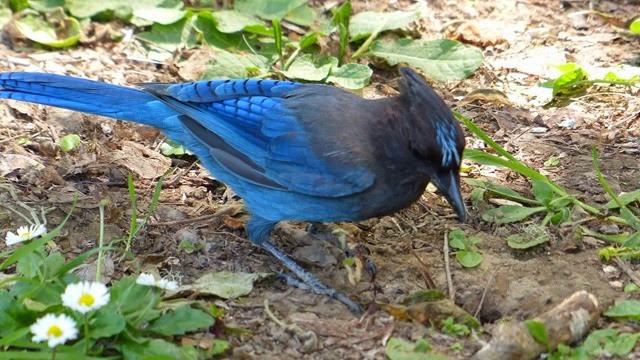 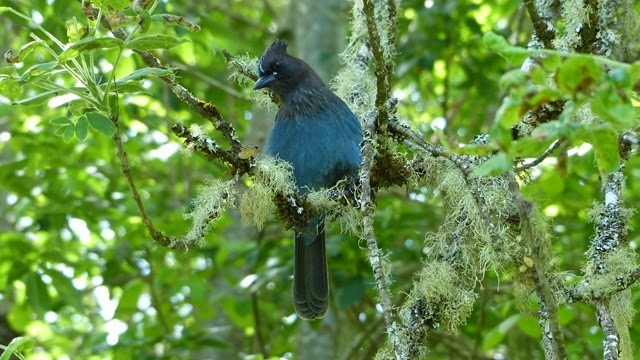 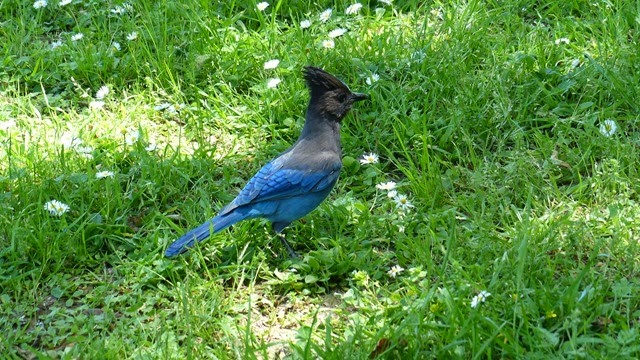 Our five mile hike took us on most of the trails in the park, but we did backtrack in a couple places due to lack of signs and a trail that was on the map but didn’t seem to exist. It’s really difficult to get good photos in the woods, but it was a nice shady hike to do on a warm day. 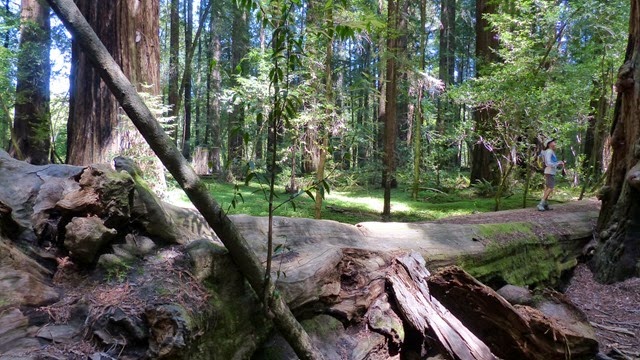 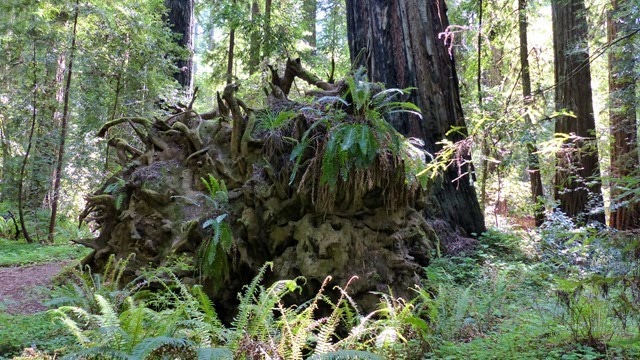 A Russian hermit once lived in huts in the park. Interesting history from an LA Times article.

“During the 1960s and ’70s, the shady groves of Hendy Woods were home to Pitro Zalenko, known as the Hendy Hermit. Believed to be a Jewish survivor of World War II from the Ukraine, Pitro became self-sufficient by hunting small game and helping himself to blemished produce from nearby farms.
Several of his huts remain in Hendy Woods. One, a set of redwood planks over a hollow fallen tree, sits along the Hermit Hut Trail. A nearby display shows a picture of the hale, bearded Pitro in a flannel shirt and wool hat. Pitro died in 1981; his ashes were scattered in Hendy Woods.” 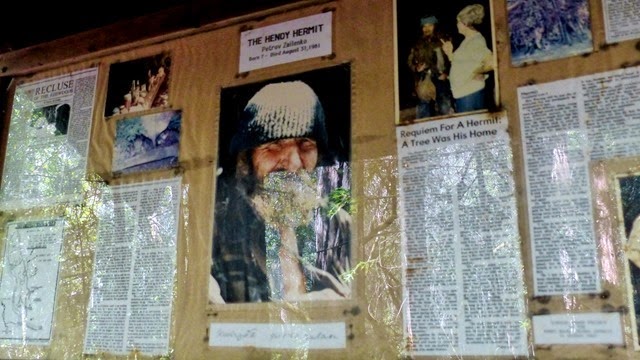 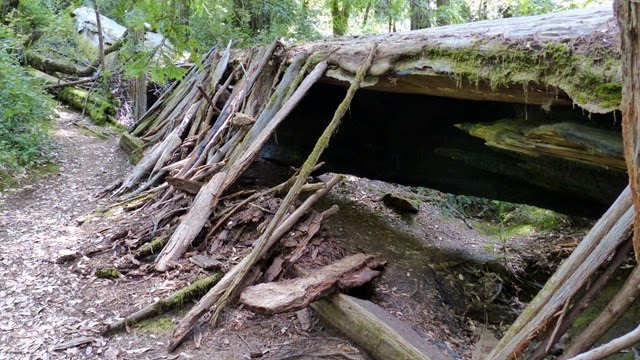 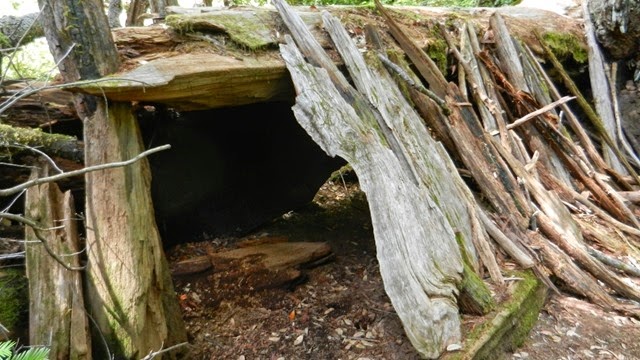 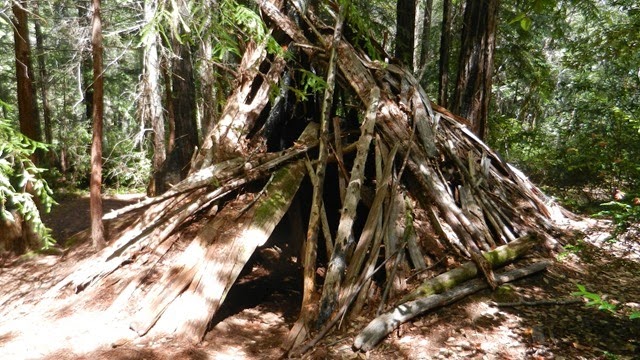 My favorite tree of the day was this little one that grew on a dead stump. It reminded me of one of my favorite Salvador Dali paintings, The Persistence of Memory. Or maybe it’s just my weird imagination. 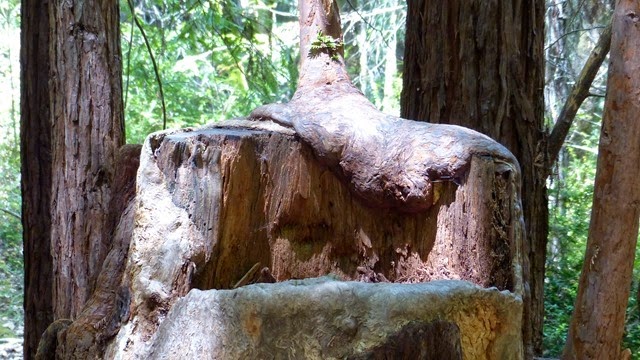 Today we move on to Fort Bragg.