Jefferson County Fairgrounds in Port Townsend, WA has been our home for the past few nights. Karen was already here when we arrived. That’s her cute little vintage trailer behind us. 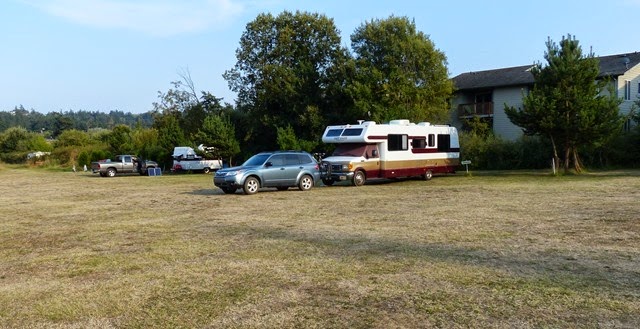 The fair just ended Sunday so there weren’t many rigs when we got here on Monday. It is pretty full now, though. $17/night for water and electric. Nothing fancy but it’s quiet and convenient to town. 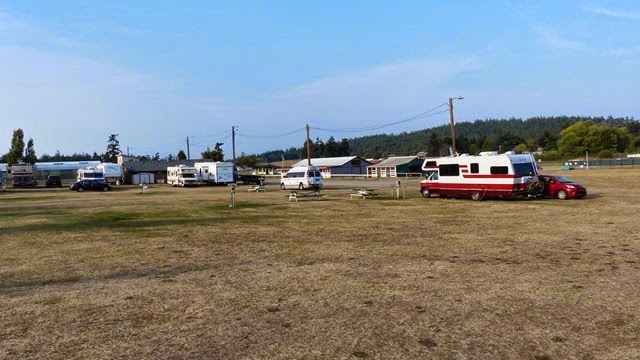 We took a walking tour of downtown and the Point Hudson Marina. Port Townsend was officially settled in 1851 and called the "City of Dreams" because of the early speculation that the city would be the largest harbor on the west coast. Unfortunately that didn’t pan out, but it’s a pretty town with many Victorian homes, shipbuilding and fishing, and eclectic shops and galleries, thanks to the influx of “hippies”. 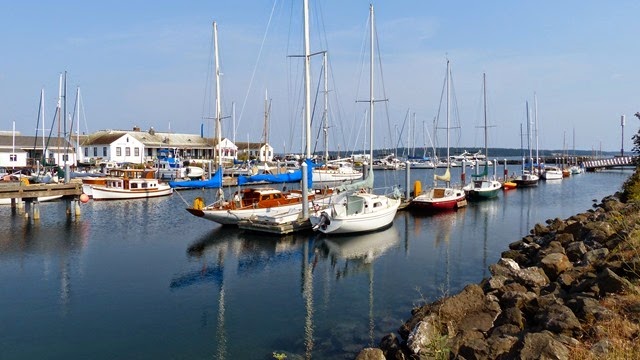 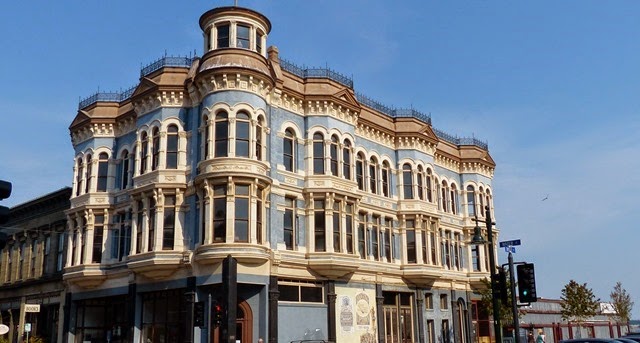 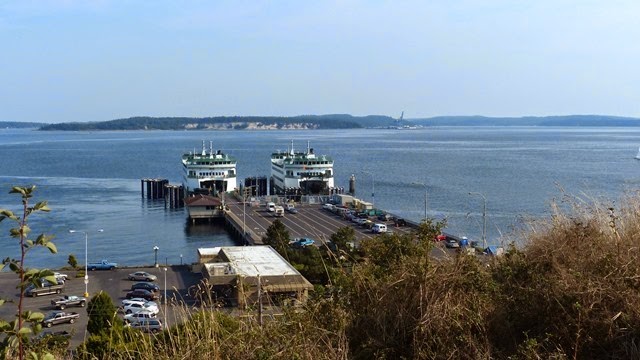 An unusual purse we saw in one of the shop windows. 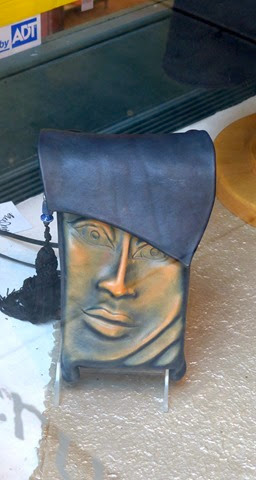 The fairground is just a half mile from Fort Worden, so we took off on our bikes and went exploring. Fort Worden, built in the late 1800s, along with Fort Flagler and Fort Casey, once guarded nautical entrance to Puget Sound. Now it is a lovely state park with miles of trails for hiking and biking, with campgrounds, beaches, and a lighthouse. 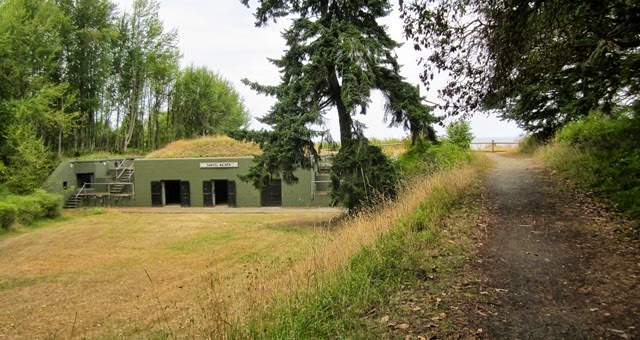 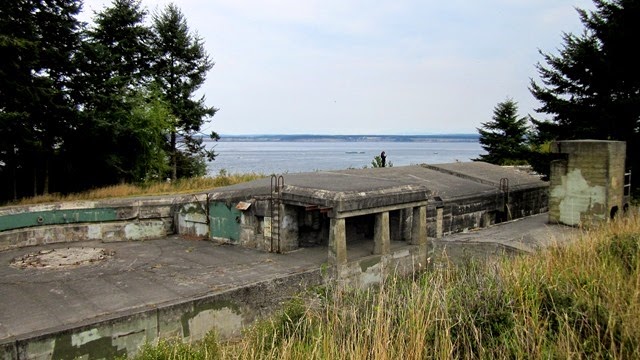 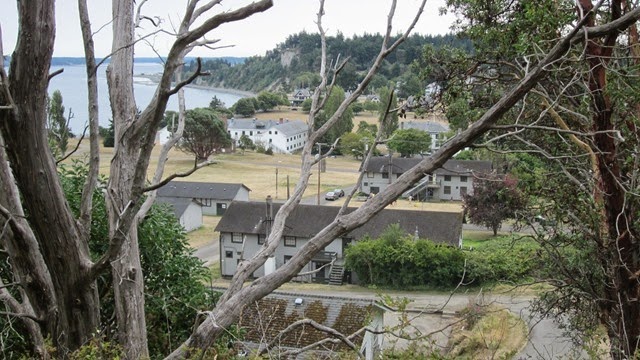 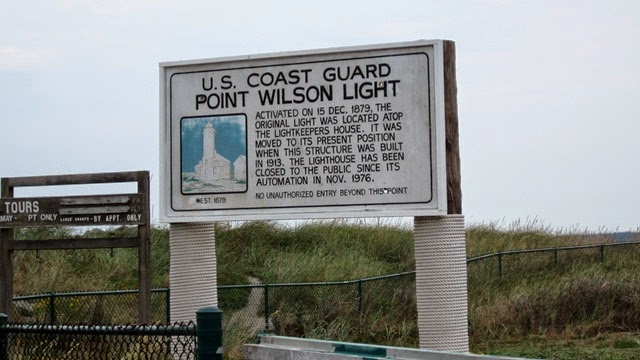 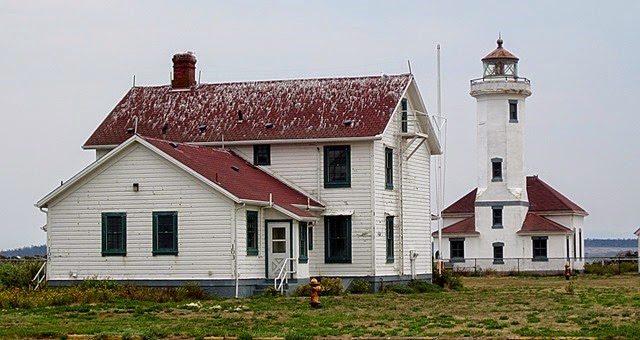 Jim had to talk to the owners of this 1959 Volvo wagon we saw as we rode through the campground. Guys and their cars. 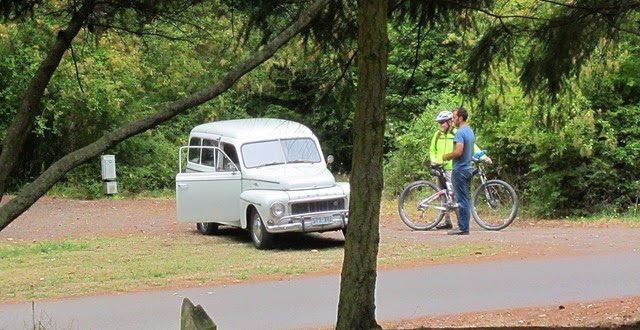 After weeks of dry weather on the Olympic Peninsula we finally experienced rain yesterday, almost all day, which was actually kind of nice for a change. Late yesterday afternoon Jim and I went to check out the Port Townsend Brewery and listen to some live jazz. It’s a nice place and we really liked the beer. Talked with a few locals about beer, the weather, and living in Port Townsend. A guy told us we could “winter” at the marina RV park for about $150/month. No wonder, they said they have cold temperatures, gray skies, and rain for about 8 months. No thanks, we’ll spend our winters in the sunny southwest! 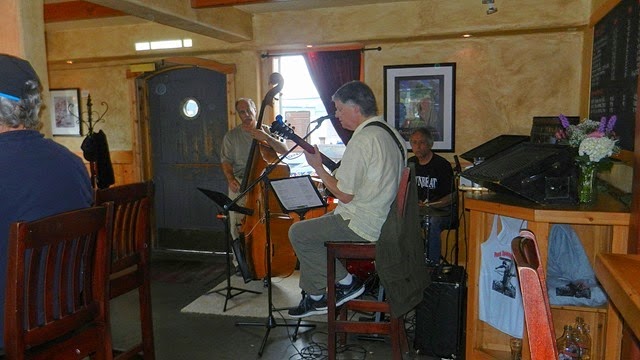 After our delicious IPA and Porter we walked around the adjacent port looking at the boats. It was a cool, calm evening and the drizzle finally stopped. 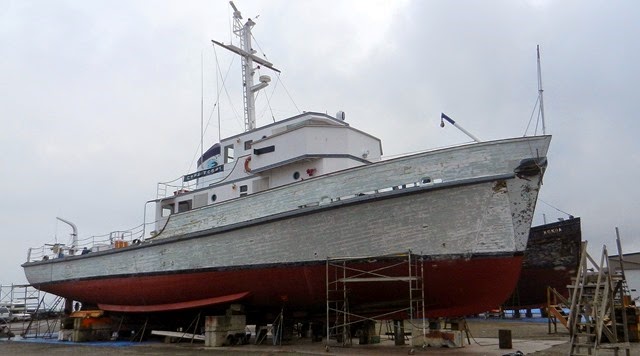 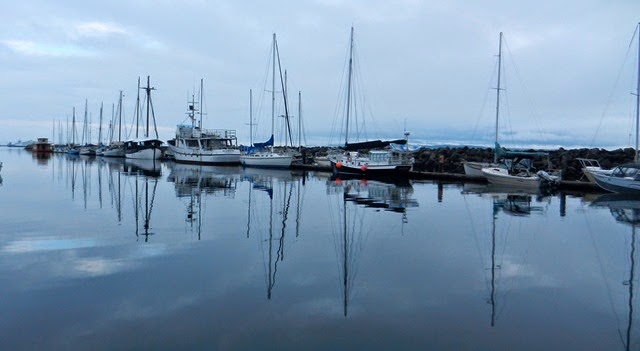 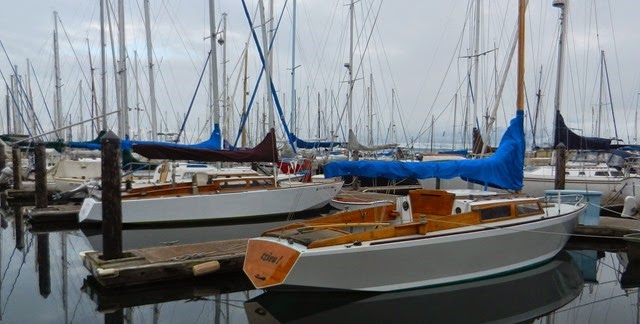 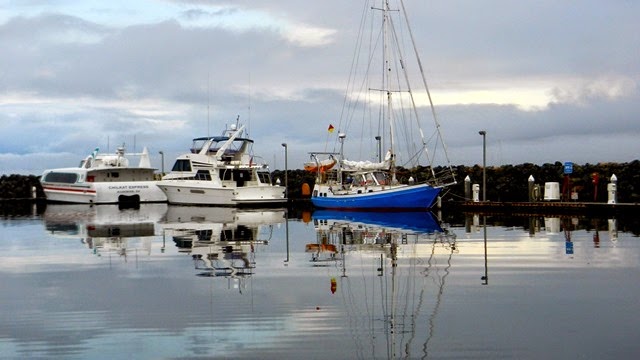 We did spot a boat we could afford. 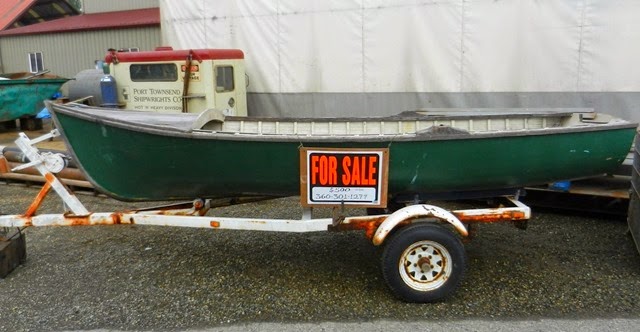 I made the mistake of peeking in the window of a yacht, and just as I walked away a gentleman came out. Oops! I was a bit embarrassed, but he was a nice man who spends summers on the boat and winters at their house in Oro Valley near Tucson. He and his wife have traveled 46,000 miles on their 1998 42’ Kadey-Krogen. Impressive. Sounded like a lot more work than traveling in an RV!

Today we will be driving the Lazy Daze onto this ferry for a short ride to Coupeville. Hope our morning fog lifts so we can see where we’re going. 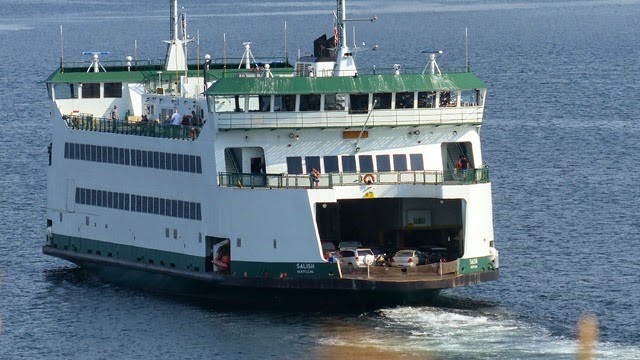