We are enjoying the beautiful weather here in La Quinta, CA. Been biking and hiking so far, and did some necessary shopping at Wal-Mart and various other stores. You name it, they have it here.

Jim discovered some cracks in the lid of our one and a half year old Acer laptop a few weeks ago. Of course it was only warranted for one year, but I remembered that our Mastercard doubles the manufacturer’s warranty, so he contacted them, sent pictures to Acer, and got an estimate. They were not happy that it was a flat rate repair fee of $199 so they asked him to take it to a local computer repair shop. He found one in Palm Desert and we took it in yesterday. Their estimate was $271! So now we are awaiting a reply, but it does sound like they will pay to have it repaired. Another good reason to use a credit card.

In the meantime, he fixed it himself with epoxy putty. It’s not too pretty but seems to be holding up. We now refer to it as the Flintstone computer, since it looks like there’s a grey rock on the lid.

While we were out yesterday, we stopped for lunch at zpizza, a place we had never heard of. We had the Berkeley Vegan pizza, with soy cheese, veggie sausage crumbles, and numerous vegetables. It was excellent! Debbie’s Moroccan Rustica pizza looked delicious, too. We will be on the lookout for them in our travels, since it is a chain and has various locations around the country.

Only have one photo from our late afternoon hike yesterday behind the county park. The trail goes up the mountain for some lovely views of the nearby golf course, but the sun was going down and the pictures didn’t turn out well. 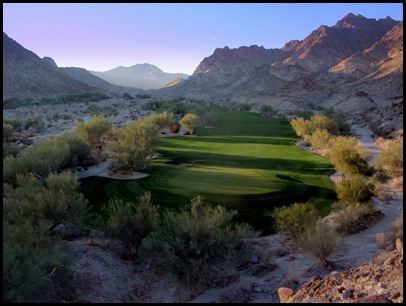