The Lone Pine Film Festival came to a close on Sunday, which ended with a downtown parade. David, Mary, Debbie, Jim and I squeezed in our Subaru and went to check it out. Definitely a small town! 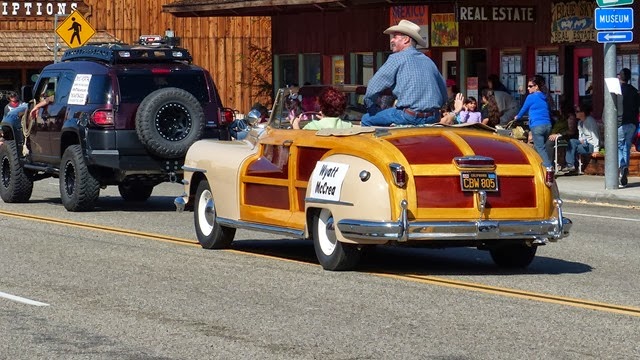 But Hopalong Cassidy stopped by. 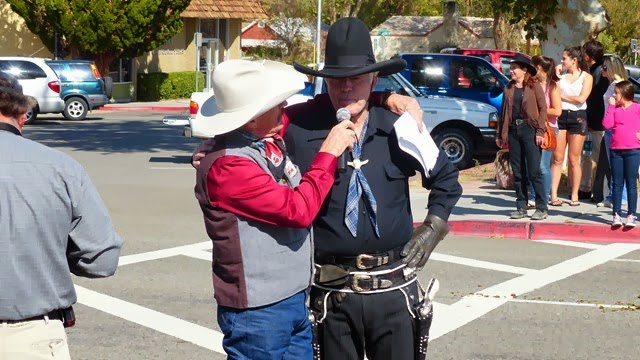 Along with John Wayne. 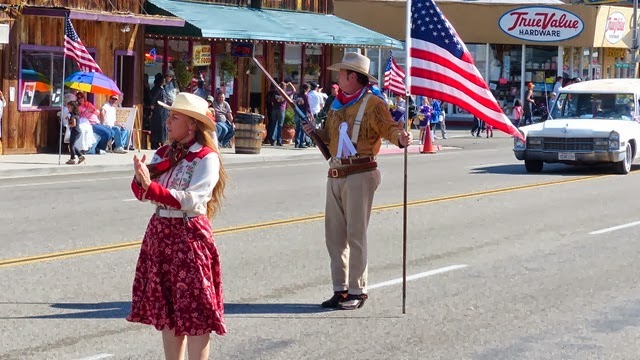 This old hearse sounded like it was about to die, but he made it down the street. 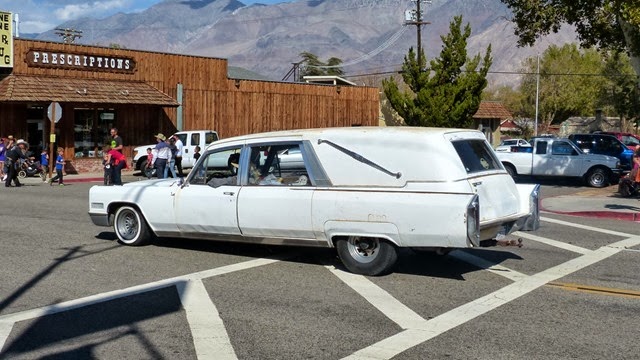 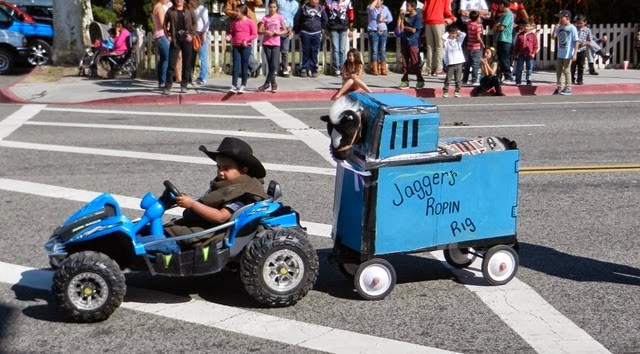 Beginning on October 18th, 100 mules and people from Eastern Sierra pack stations will gather at the intake of the Los Angeles Aqueduct to begin a 240-mile march to LA. The event marks the 100th anniversary of the Los Angeles Department of Water and Power aqueduct. Some of the  mules marched in the parade. 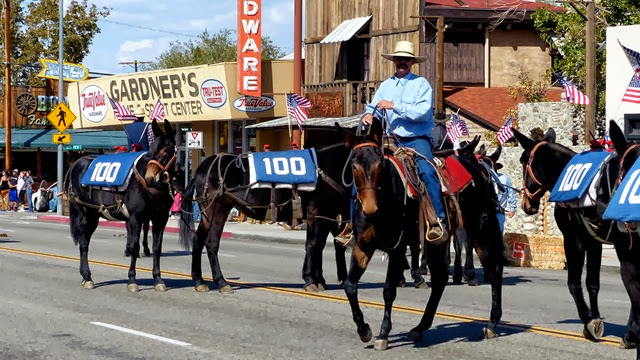 This mule with the solar panel on its back will supply the power for the march. Interesting. 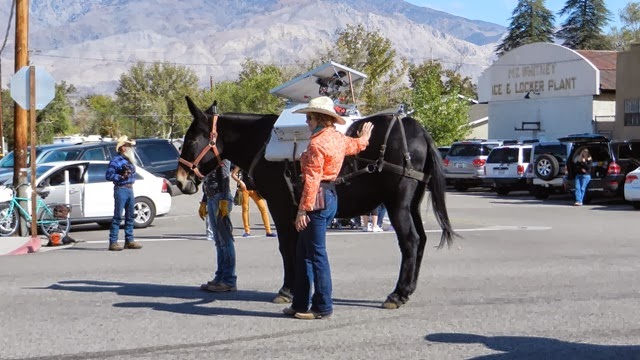 It was a great place to do some people watching. 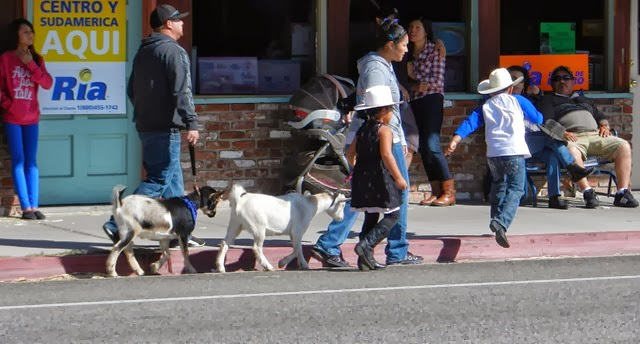 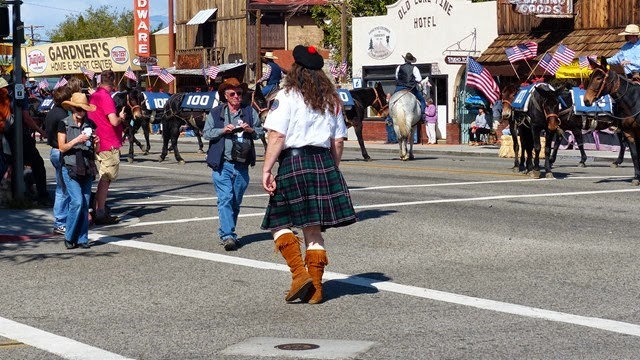 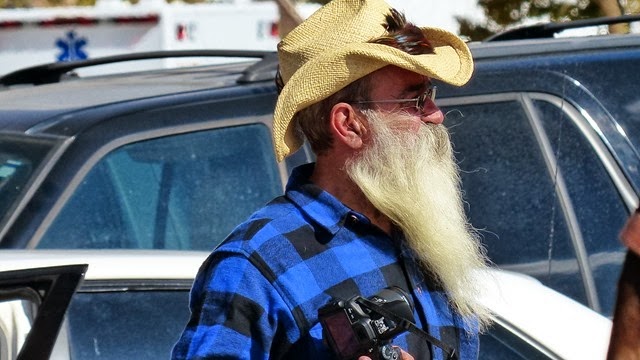 That cowboy Debbie is talking to sure looks familiar…. 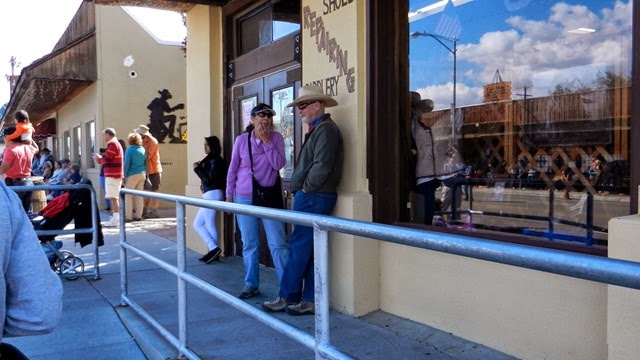 As if that wasn’t enough excitement, there was also an arts and crafts show at the town park, so we wandered around there after the parade. Mary even bought a couple things. 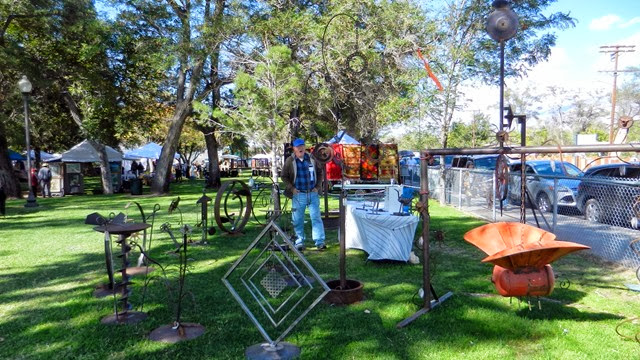 Later that afternoon we shared one last happy hour with David and Mary. They left for Bishop Monday morning, after David set up his tripod for a group photo. We really enjoyed their company and hope to meet up again in Quartzsite in January. 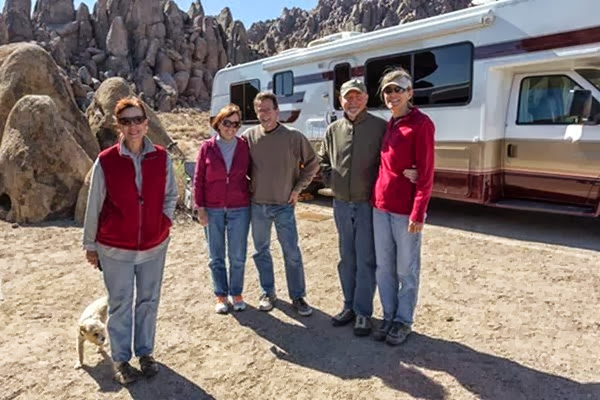 Debbie and I decided to check out the Lone Pine Film History Museum on Tuesday. Jim was busy working on balancing our bank accounts, so I left him alone for a few hours. It’s a suggested $5 donation to enter the museum, but there is a woman working at the desk who tells you admission is $5 and takes your money. Not being a movie buff, and since most of the movies filmed around Lone Pine were old westerns, long before my time, I’m not sure it was worth the admission, but I know some people are more interested in that kind of thing than I am.

There are lots of old movie posters, some costumes, cars, stagecoaches. saddles, etc, and we did enjoy the 15 minute film. 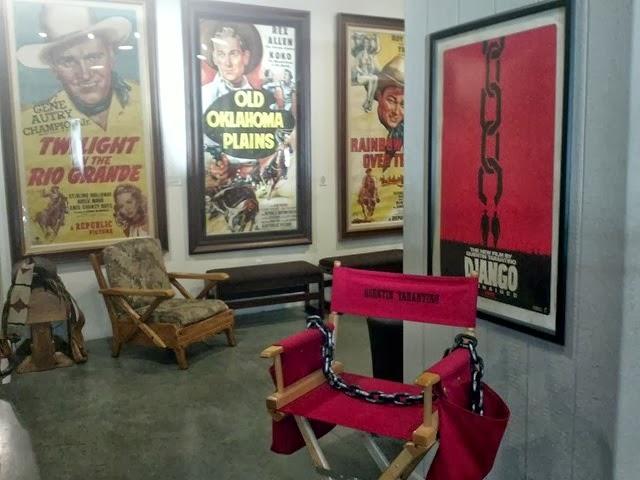 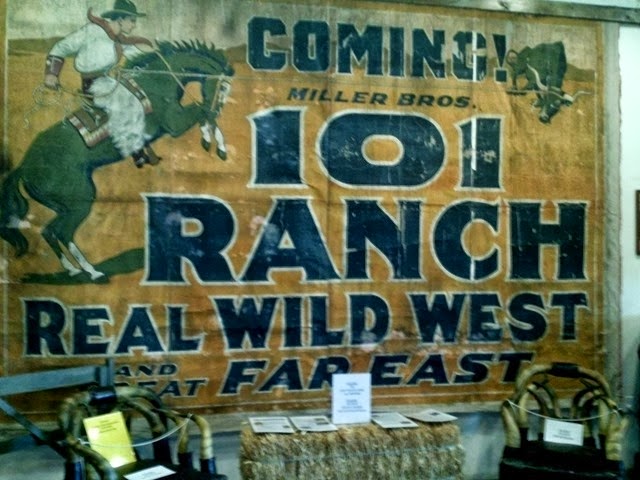 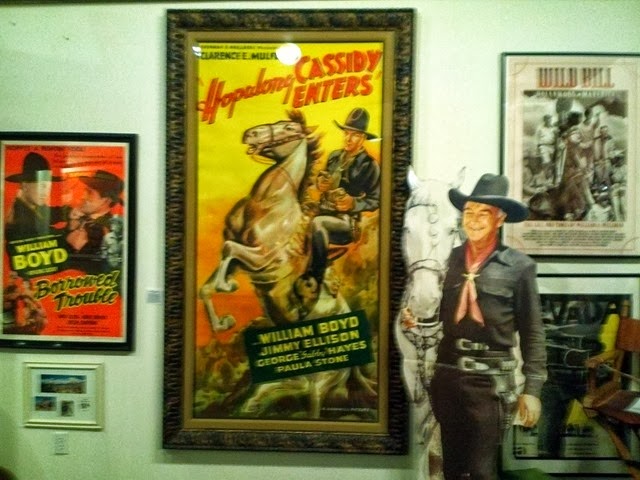 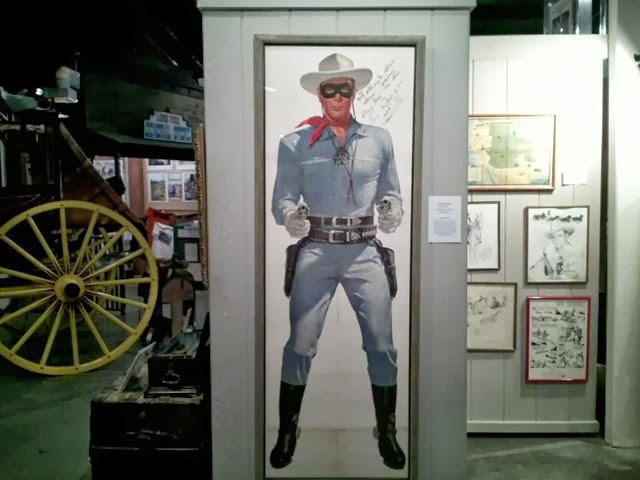 When we got back from the museum, we noticed a new Lazy Daze parked down the road from our campsite. A short time later we were visited by Charlie and Marti from Seattle. We had never met them before, but Marti follows our blog and took her computer into the local outfitters store and showed the guy working there the picture of our campsite. He was able to give them directions and they found us!

I took them for a walk around the Alabama Hills to show them the famous Mobius Arch. You can see Mount Whitney through it, so it is a very much photographed arch. 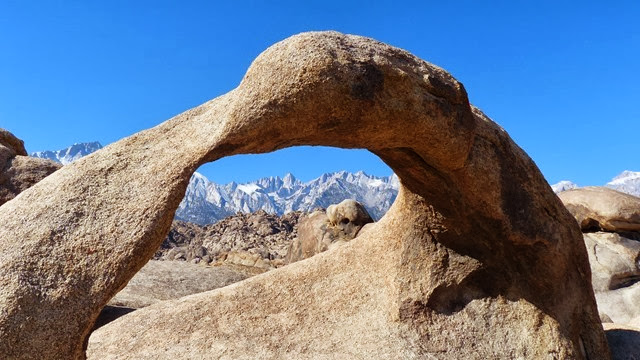 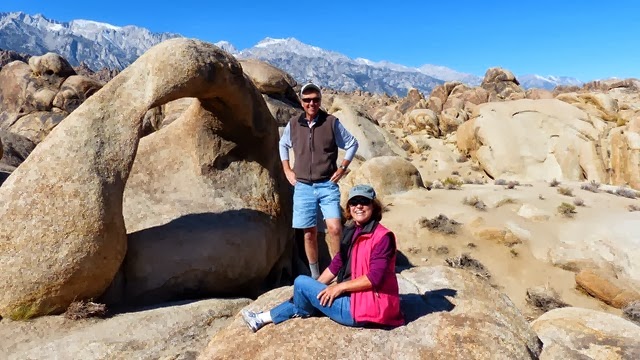 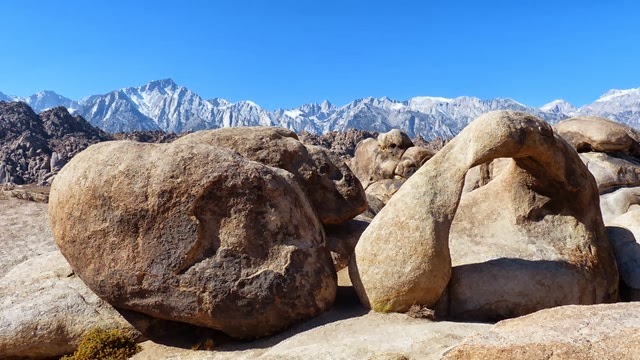 Yesterday we took them on a hike, but I’ll save that for the next post. It’s been a fun week so far.