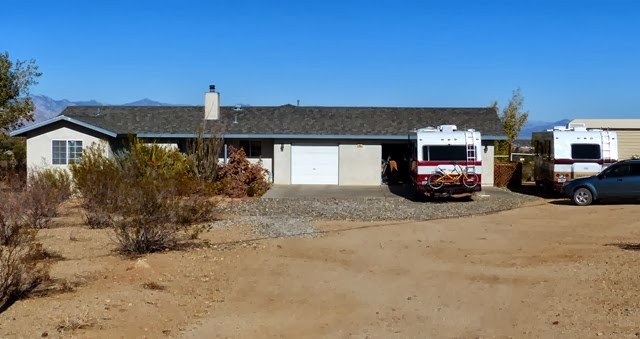 We met Robin and Lydia last year at the Albuquerque Balloon Fiesta and they kindly offered their driveway should we ever find ourselves in Ridgecrest, CA. Well, we found ourselves there Friday after an 80 mile drive from Lone Pine, and decided to take them up on their offer.

They have a 2006 50th Anniversary Edition 31’ Lazy Daze exactly like ours. Well, that is except for the fact that theirs looks a lot better on the outside having been kept in this fine covered garage, and on the inside, not having been subject to two wild kittens. 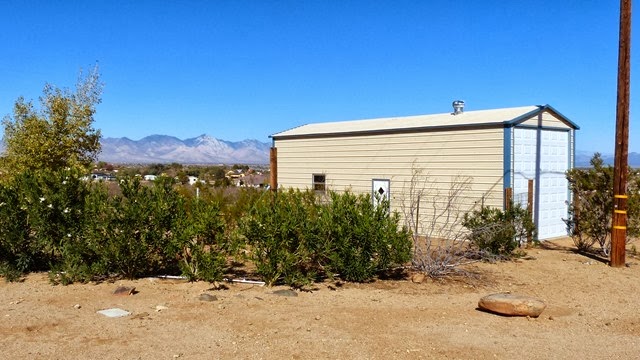 They do have a cute dog (an Alaskan Klee Kai) and a sedate older cat.

Meeka, the miniature Husky. He’s a sweetheart. We tried to swap him out for two cats, but they wouldn’t go for it. 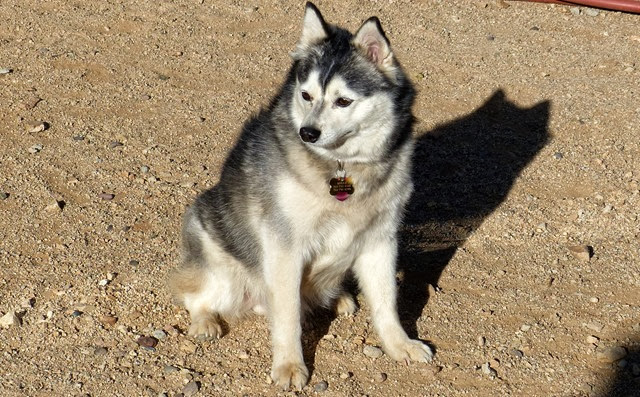 We’ve dropped to around 2,300’ and are definitely back in the desert. A couple of coyotes walked down the street in front of their house in broad daylight while we were there. 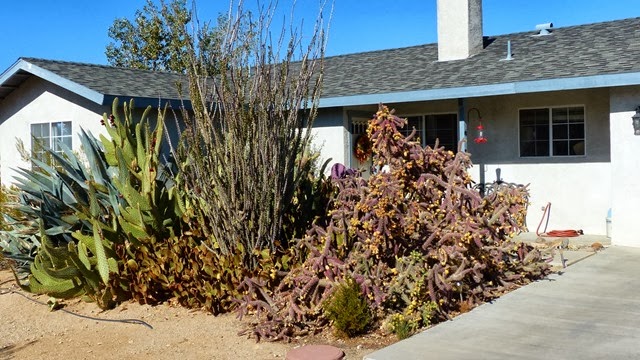 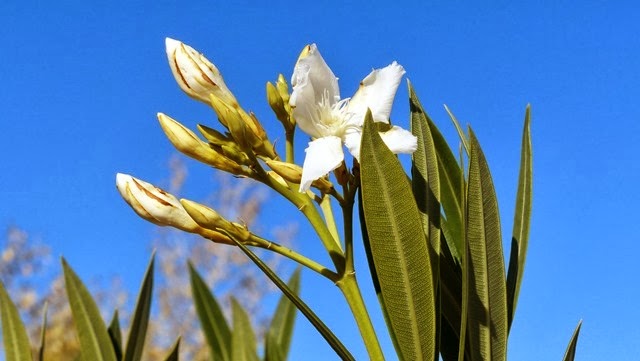 Nice that you can still see the Sierra Nevada from their yard. 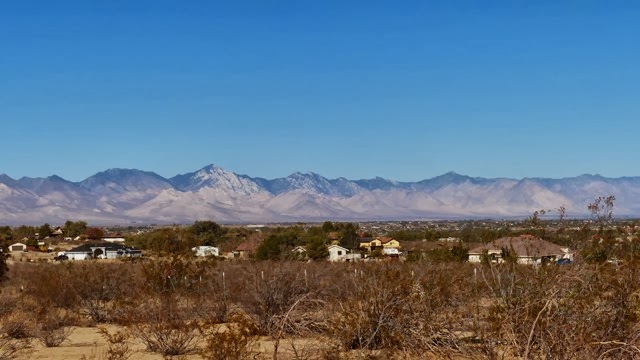 The cats enjoyed watching pigeons on the nearby power lines. 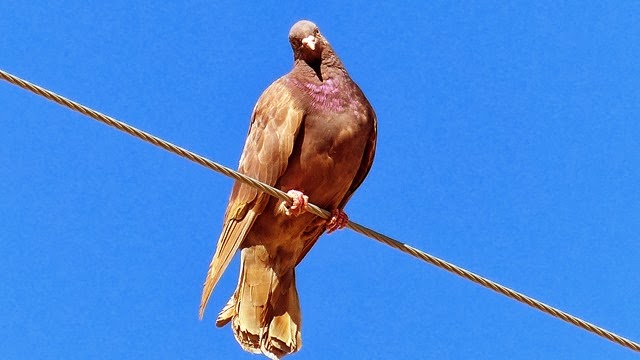 Debbie’s been having some battery/converter issues, and since Lydia is an electronics engineer and loves working on things like that, she spent part of Saturday trying to diagnose the problem. Looks like she may just need a couple of new coach batteries.

Jim, Robin, and Lydia in Debbie’s kitchen, waiting for the burning smell to begin. 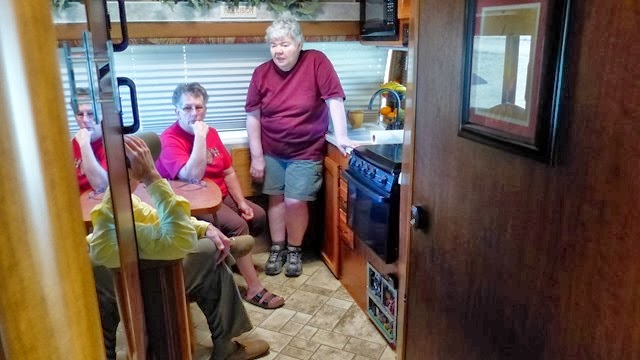 They handed us a map and some info about the Rademacher Hills Trail system just a block from their house and sent us on a hike. What great hosts!

This BLM land near Ridgecrest has miles of trails for hiking and mountain biking, some of which go to Andrew Peak, the highest point at 3200’. Of course that was our destination. 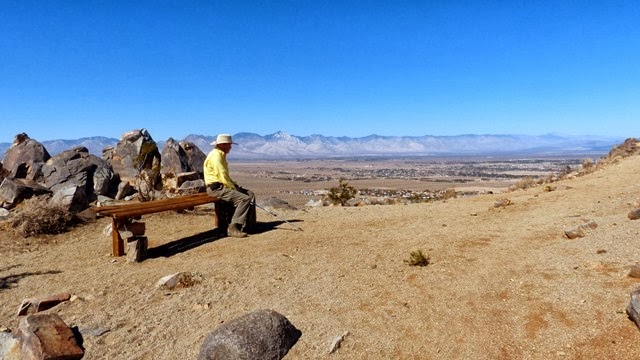 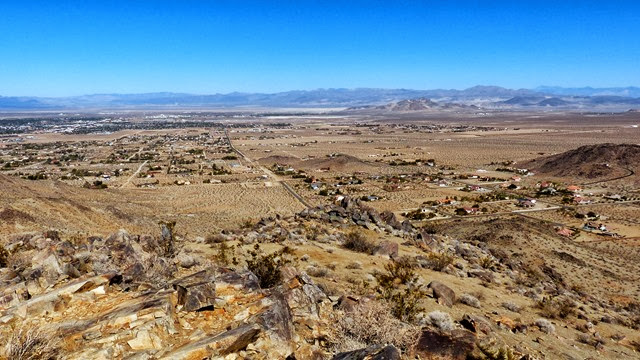 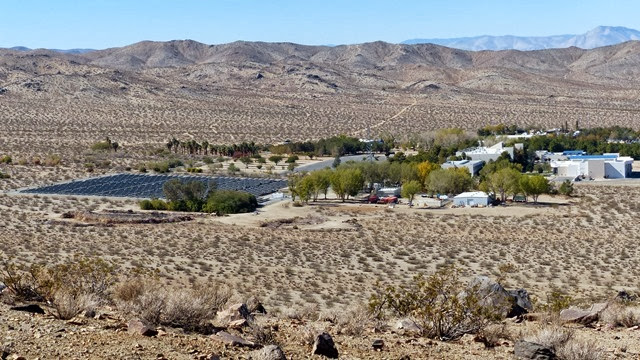 We lusted after their solar array. It supplies 50-60% of the school’s power. 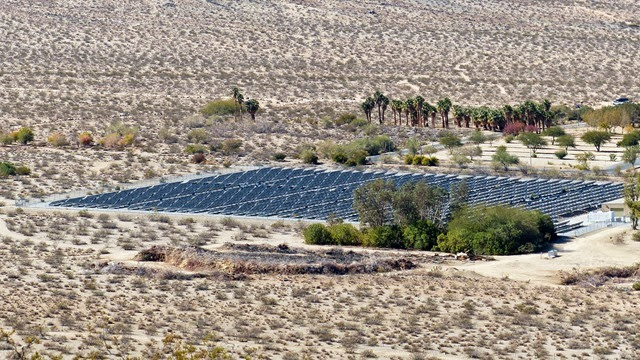 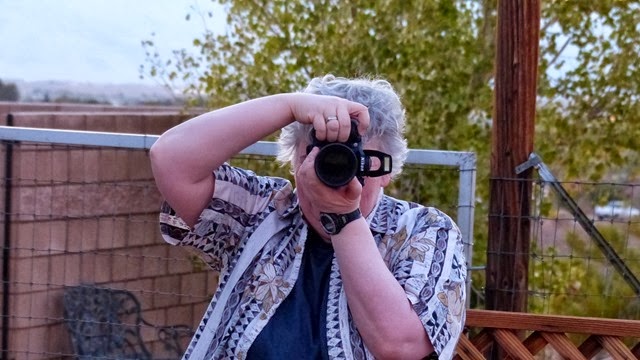 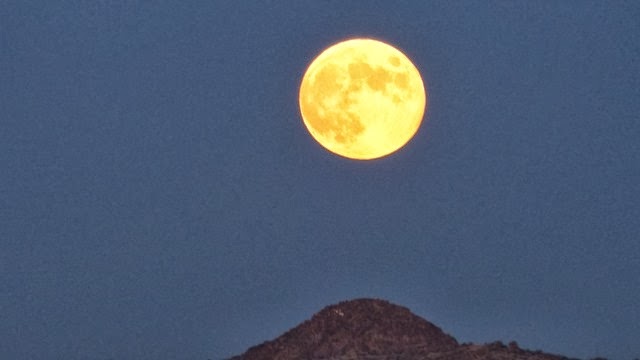 Yesterday Lydia helped Jim work on a problem we’ve been having with our auxiliary brake system while towing the Subaru. It’s not fixed, but she determined what wire is causing the problem, and hopefully Jim can repair it later.

We shared meals, stories, and lots of laughs. Coincidentally, Jim and Lydia share the same birthday, although more than a few years apart. And Robin made us huckleberry whole wheat pancakes with real maple syrup for Sunday brunch. They were excellent!

It’s been a fun weekend. If we ever have a driveway again, we will be happy to reciprocate. Thanks, guys!