Hiking In A Winter Wonderland 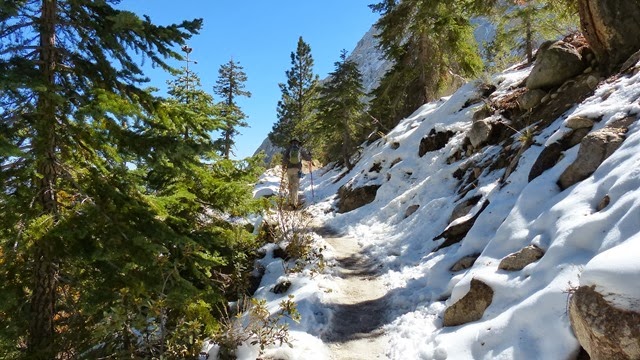 Our goal was Lone Pine Lake, a three mile hike along the Mt. Whitney Trail. Beyond the lake you need a permit, even for day hiking. That is if there was anyone checking for permits. From the Alabama Hills it appeared that much of the snow from a few days ago had melted except for the higher elevations, but as we drove up Whitney Portal Road we were surprised at how much remained. The parking lot doesn’t get much sun. 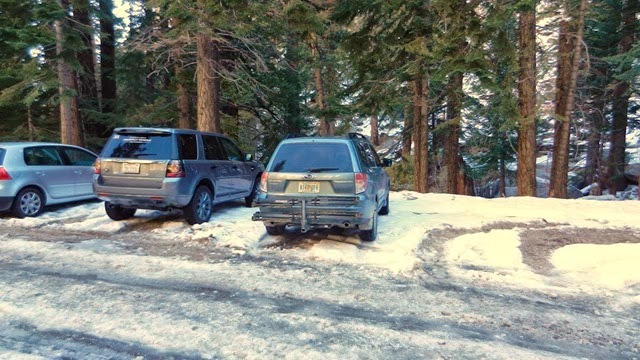 Whitney Portal: A mere 11 mile hike to the summit of Mt. Whitney. 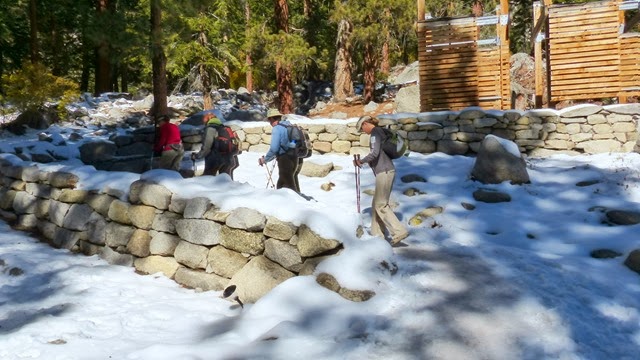 Debbie, Dave, Mary and Jim, hoping we can make it just three miles with all the snow. 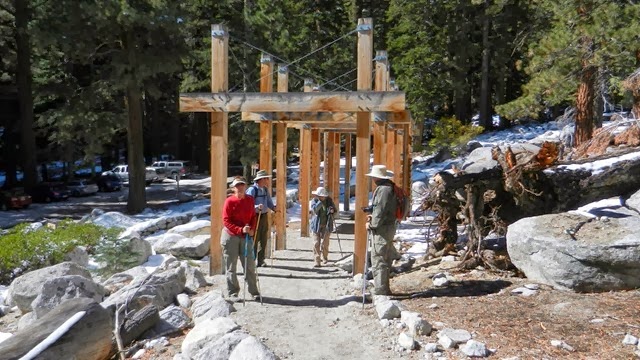 Luckily, the sunny, exposed parts of the trail were dry. 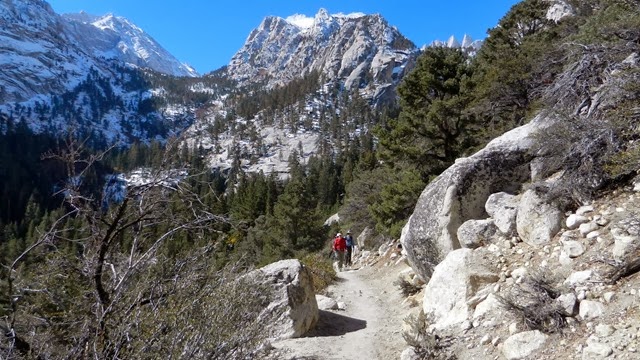 But as we climbed higher and higher and got deeper into the forest the trail was covered in snow, slush, and ice. We were all glad to have hiking poles to help keep us upright. 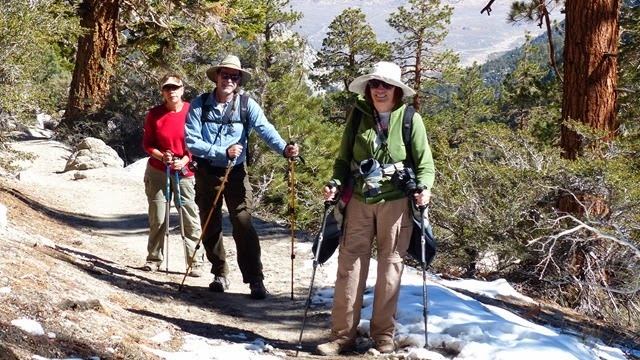 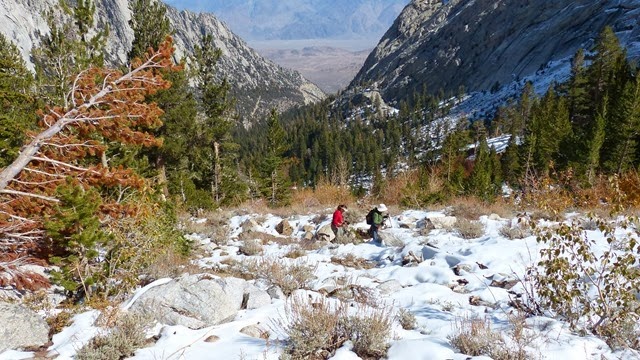 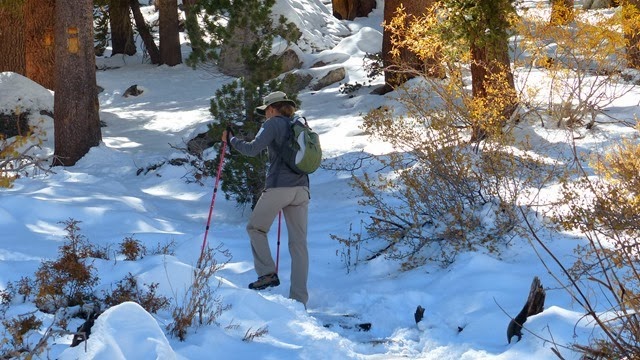 The scenery on this trail was great last week when Jim and I were here, but with the snow it was simply spectacular. It took us a few hours to get to the lake since we did lots of stopping for photos.

The only wildlife we saw were many Clark’s nutcrackers gathering seeds from pinecones for the long winter ahead. I read that each bird buries thousands of seeds and remembers most of the locations where they stashed them. 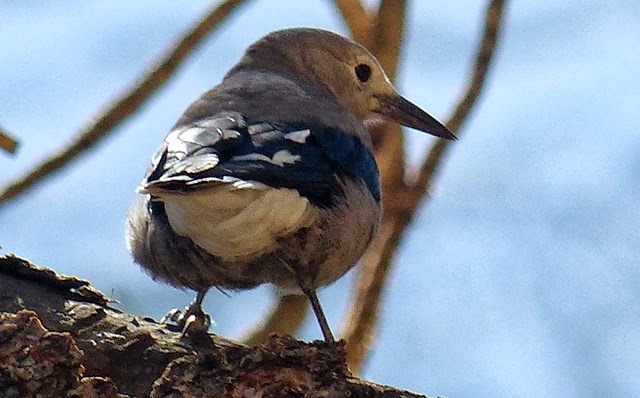 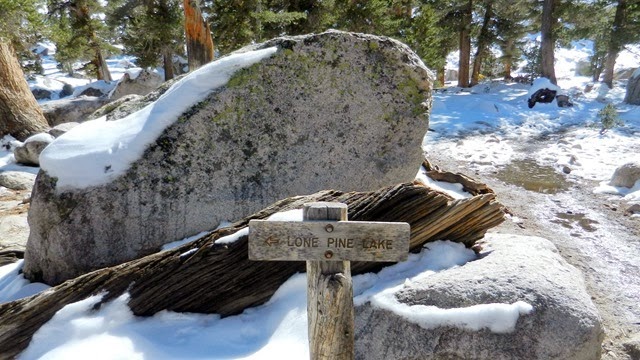 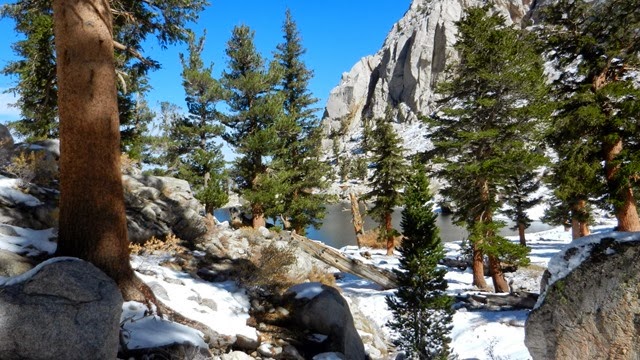 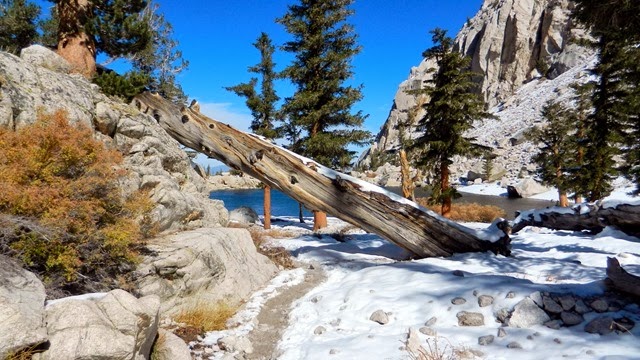 We’ve hiked to some outstanding lakes these past few months in the Eastern Sierra, but with the snow, this had to be one of the most scenic. 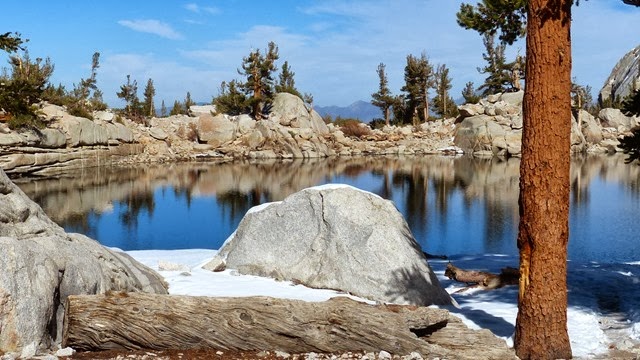 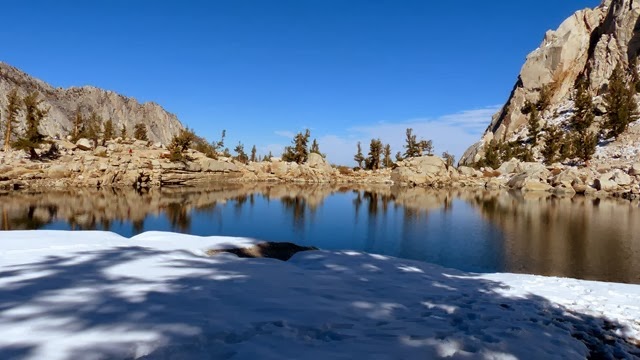 We found a sunny spot across the lake on the rocks for lunch. 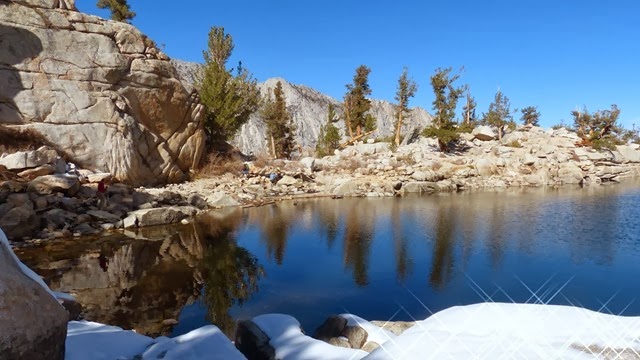 Then walked up behind the lake to a higher point at 9985’. We started at just under 8,300’ at the trail head so it was a pretty good climb. 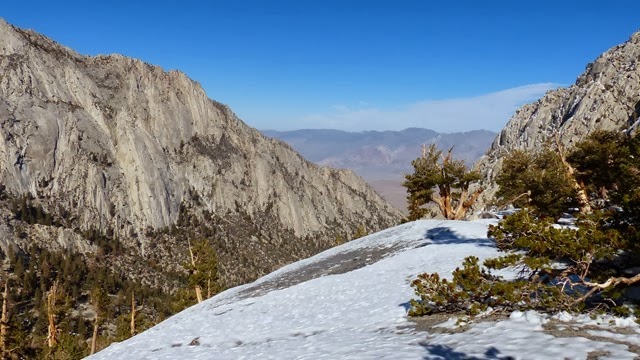 Reflections in the lake from above. 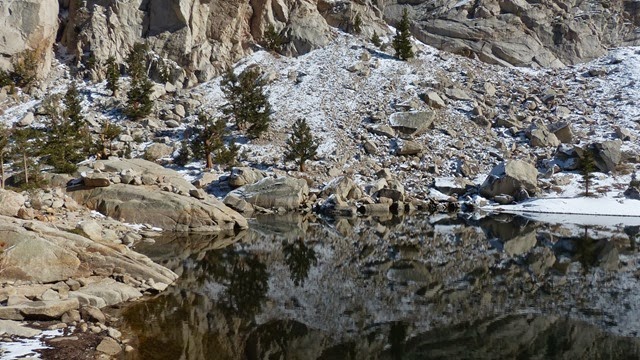 We were losing our sun to the mountains and it was getting quite cold, so it was time to head back. 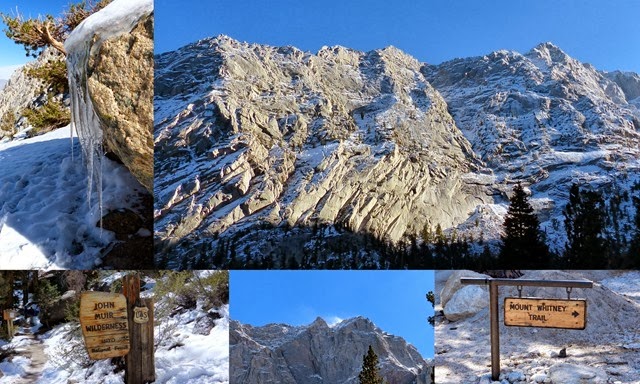 We capped off the day with a big night out on the town in Lone Pine: Dinner at Pizza Factory and dessert at McDonalds! It was a great day with friends.

Please check back later on David’s blog Marking Our Place, and Mary’s blog Marygardners Weblog, for photos of our hike from the pros.