The other day my phone rang, and it was George, whom we met along with his lovely wife Tina, in Silver City, NM. They were planning to spend the summer boondocking in Idaho, but the fires ran them off and they ended up in Mammoth Lakes, CA since mid-July. In fact, we were thinking of joining them in Idaho, but when Jim started having medical problems we ended up hanging around Flagstaff. George just happened to look at our blog and realized we were nearby, so he suggested meeting up for a hike. 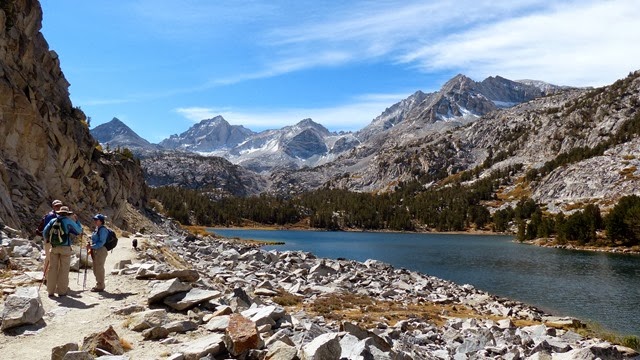 We had both done the Little Lakes Valley hike, but it was definitely worthy of a revisit. In fact, when he looked at our blog, we had done some of the same hikes just a day apart. Too bad we didn’t know they were in Mammoth as it would have been nice to have company on some of the trails. In fact the time on our 7+ mile hike with them just flew by, since we all seemed to talk nonstop the entire way.

I knew this was Diana’s (Life On The Open Road) favorite hike, and wouldn’t you know who we ran into coming back down the trail! We knew they were camping near Bishop since they tried to come to Horton Creek the day we were evicted, but it was funny to run into her unexpectedly on a trail.

A few more photos from our hike to upper Gem Lake, which we didn’t get to the first time we hiked this trail. It was a cold, windy, but beautiful day for a 10,000’ hike. We really enjoyed George and Tina’s company and hope to see them again somewhere. 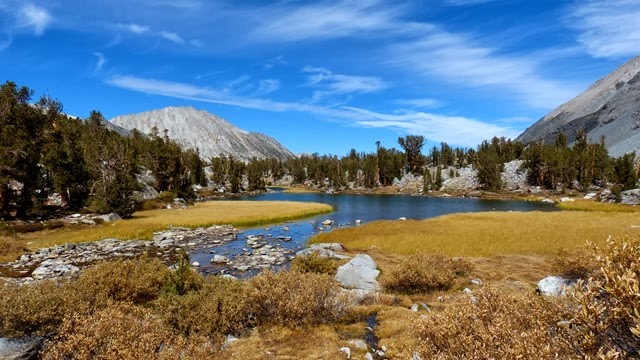 Forgot to mention that we also had canine company, their sweet dog Jessie, who likes to run ahead and crouch down and wait for them. She was a good hiker, except for the dust storm that ensued as she would leap up and run ahead of us on the trail. 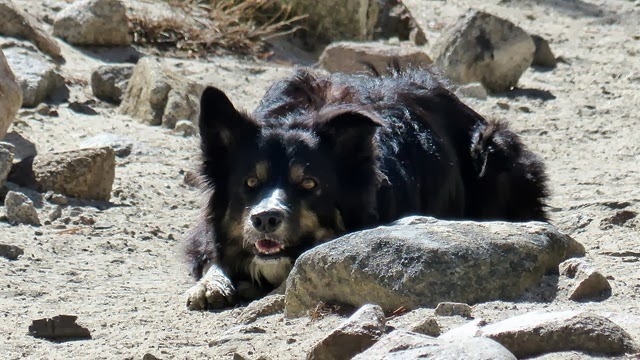 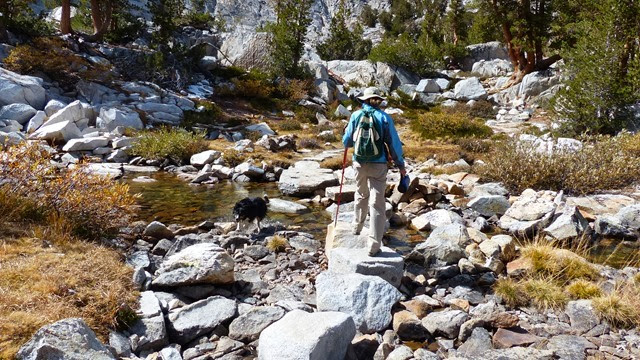 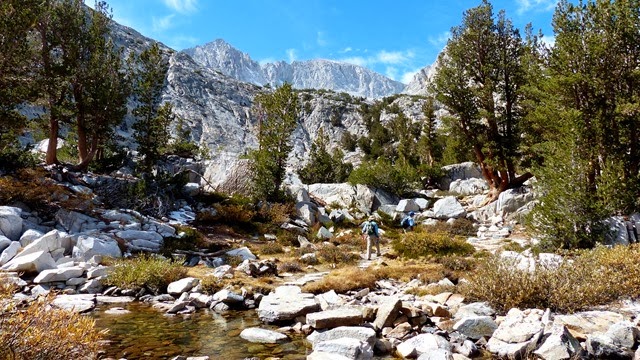 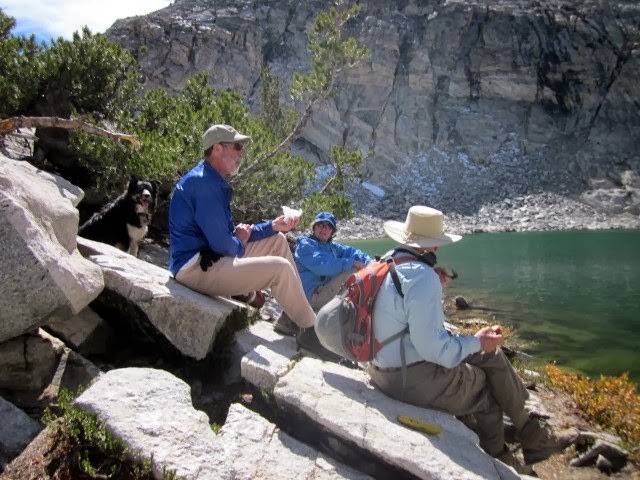 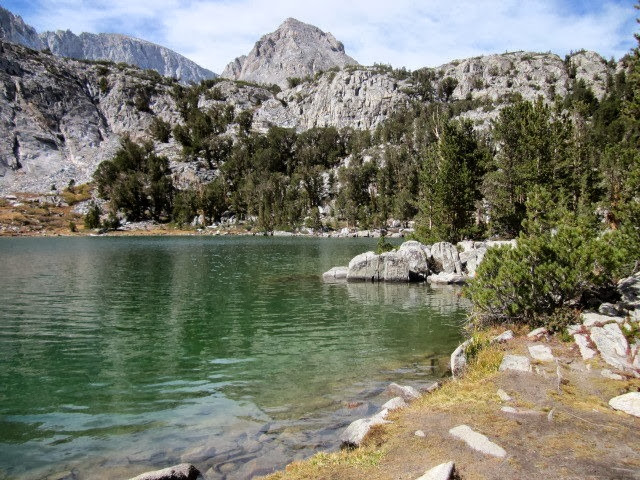 The other day we also had happy hour with Diana and Phil, and got to meet Diana’s sister, Barbara and Ron (from The Road Less Traveled blog). She is just as sweet as her sister, and we had a fun evening with much talk and laughter. We had invited them to our backyard, but the weather didn’t cooperate as it turned cold with 45mph wind gusts, so Phil kindly offered his 40’ RV with plenty of seating for everyone. We met up with them again yesterday morning making the rounds of the thrift shops in Bishop.

Meeting up with bloggers and other RVers we’ve met along the way has been one of the unexpected bonuses of living this lifestyle. In fact, we almost forgot that tomorrow will be 5 years since we left our home in Pensacola and went on the road full time. Now that is hard to believe!