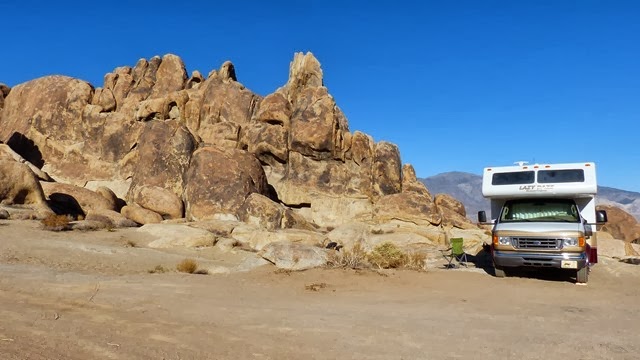 We looked for a new spot to call home yesterday and found it about a mile from our first camp. There are miles of dirt roads and places to camp in the Alabama Hills, but many of them are not very level and some of the roads are beyond our comfort level to drive the Lazy Daze on. 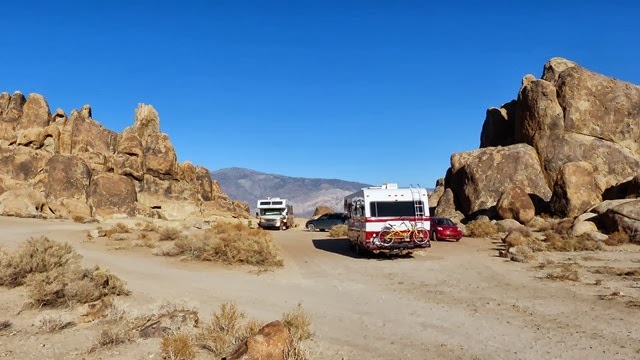 Just as we turned to come out of our old site, a class A motorhome passed by, and wouldn’t you know we followed him as he pulled into the place we had planned to move to. Oh well, there was room next door, so we made do. Jim met them and they are leaving Sunday so we may move over when they go. The film festival brings quite a few visitors to Lone Pine, so there are lots of cars out sightseeing. Luckily where we’re parked is not one of the locations where a film had been shot, so people aren’t stopping to look. Unfortunately our internet connection is not as good here, so I am posting this from town, after Debbie treated us to whole wheat pancakes for our 31st wedding anniversary at the Alabama Hills Café.

Since there is a cold front moving through today, with rain for us (4,500’) and snow for the higher elevations (over 6,000’), we decided to drive up Whitney Portal Road yesterday and hike the trail to Mt. Whitney if it was open.

View from the road on the way up. It’s paved but very steep. 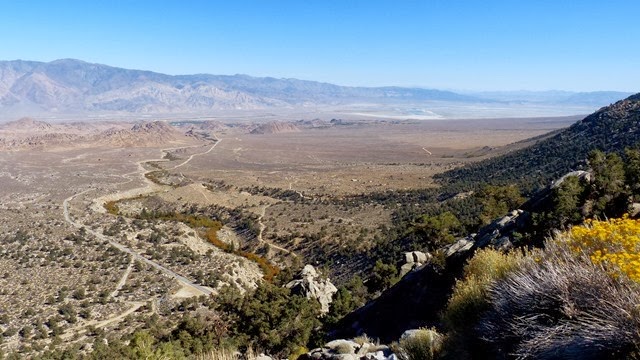 It’s hard to get any information with all the national recreation websites shut down, but the parking lot was open without many cars, and the restrooms were locked. Didn’t think they could shut down a trail, but who knows. Nobody there to check permits, so if you want to hike the 11 miles up to the highest peak in the contiguous states without the hassle of getting a permit through the lottery, now’s the time. Of course it is probably snowing right now up there at 14,500’.

We would have liked to hike 3 miles to Lone Pine Lake, but we got a late afternoon start and the sun was going down behind the mountains. It was barely 50 degrees and after 2 miles of switchbacks we decided to turn around. We will definitely go back and hike to the lake another day.

Scenes from the trail. 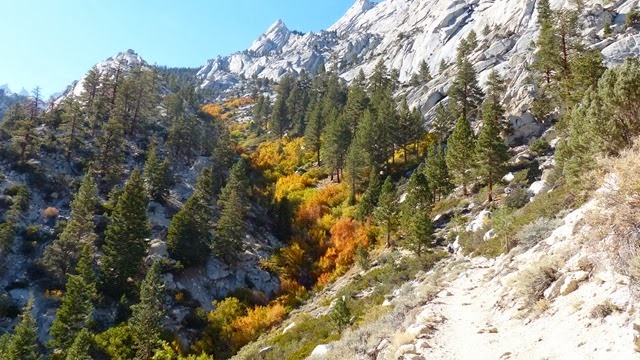 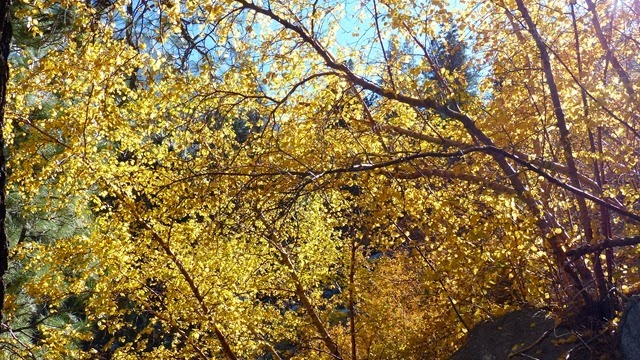 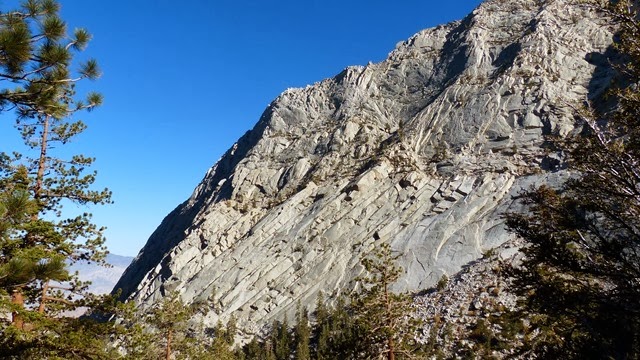 We just got an email from our friends David and Mary. They were planning to come to Lone Pine today from Mono Lake but snow is already accumulating there, so they will wait and make the drive tomorrow.

The sun found a little opening through the beginning of the storm clouds this morning. Can’t wait to see what it looks like tomorrow with snow. 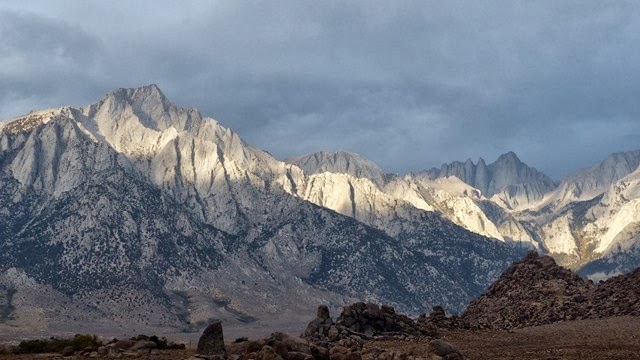