A Different Kind of Hike 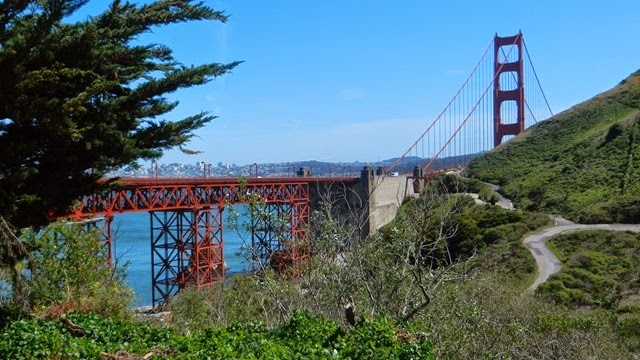 We realized it was less than 50 miles south on 101 from Santa Rosa to Sausalito, so yesterday we took a day trip to visit a few places we missed when we were in the San Francisco area a couple weeks ago.

First was a walking tour of Sausalito, where we stopped for lunch at the busy Taste of Rome. The food was good as was the people watching. Although it was once an industrial shipbuilding center, Sausalito is now an artist community, home to the wealthy, and a very picturesque town. We drove by the houseboats but failed to get photos. 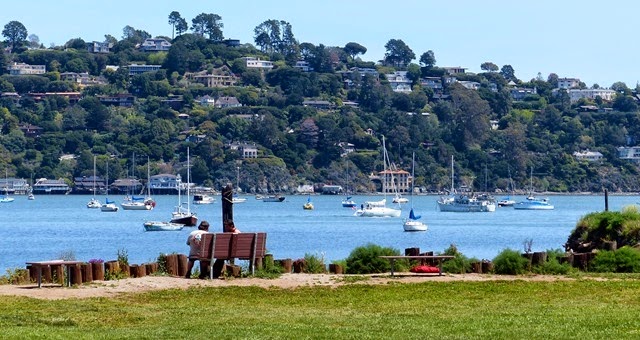 We couldn’t believe the number of bike shops in town. We found four along our walk, including the Renovo showroom. They make custom wood bike frames, which look like works of art and cost as much.

Above Category is another upscale bike shop we stopped at. The least expensive bike they sold was over $5,000. Most of them on the showroom floor were around $10,000. It’s clear that people living in Sausalito have way too much discretionary income!

Jim liked this road bike with a unique custom paint job. How long do you think it would last before getting stolen from the back of our car? 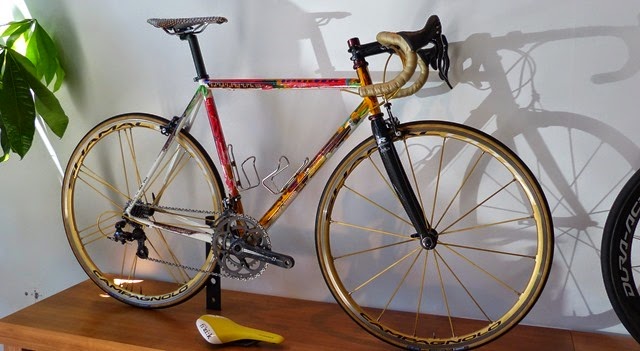 Next we drove through Sausalito and took the last exit before you’re committed to driving over the Golden Gate Bridge. We found a place to park near Fort Baker, part of the Golden Gate National Recreation Area, and followed the bicycle route going up a steep paved trail. It was about a mile up to the start of the bridge, and a lot of the folks on rental bikes didn’t look like they were having such a great time.

The walk up the hill wasn’t so bad for us since we kept stopping to take pictures. 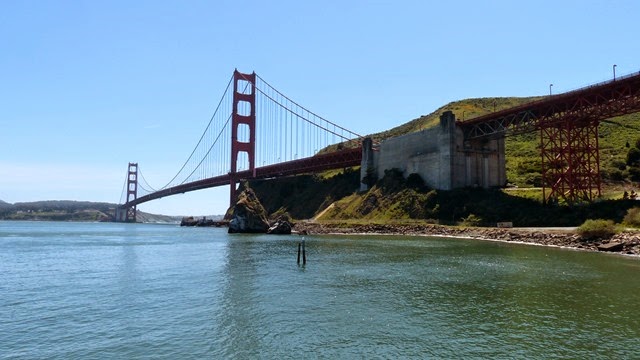 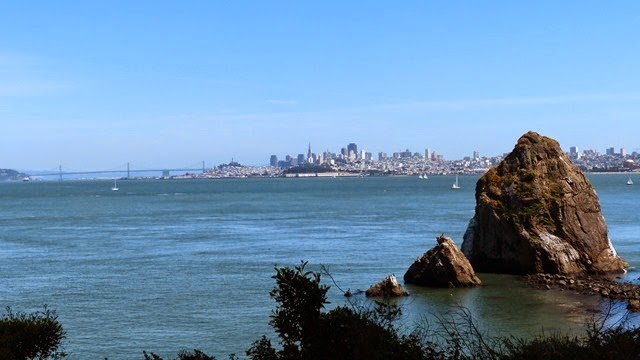 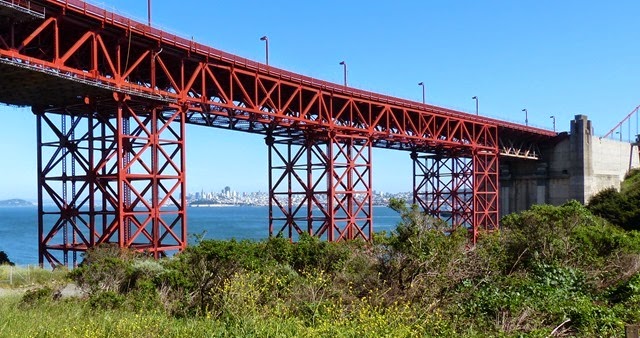 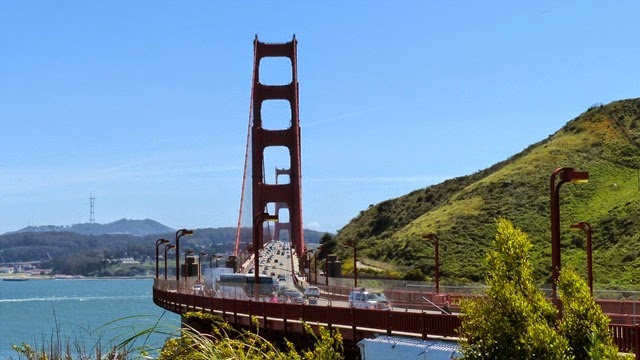 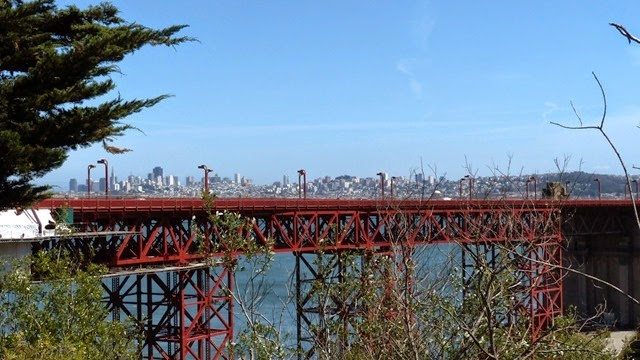 Although it was fun, this is certainly not a very relaxing hike. Besides trying to keep from being run down by tourists, pedestrians and bicyclists, it is extremely loud from all the traffic noise, and extremely windy, especially as we got closer to the San Francisco side. We still had a great walk and are so glad we got to do it. Went all the way to the other side and back, about 3.5 miles round trip, with another two miles added for getting to and from the car.

Seriously large cables and me. 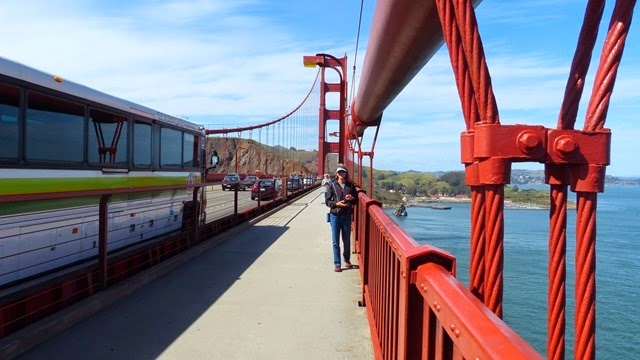 It was another clear day and we saw a variety of watercraft in the bay. 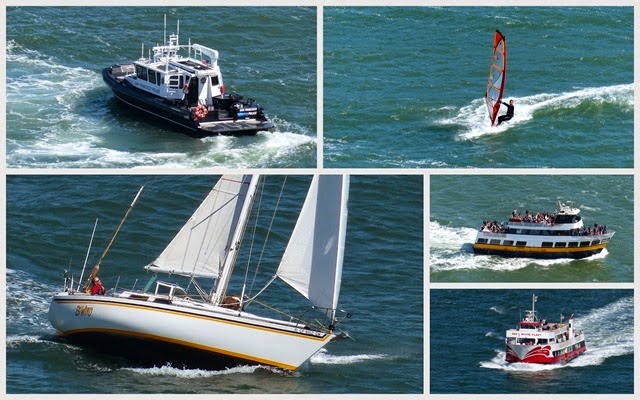 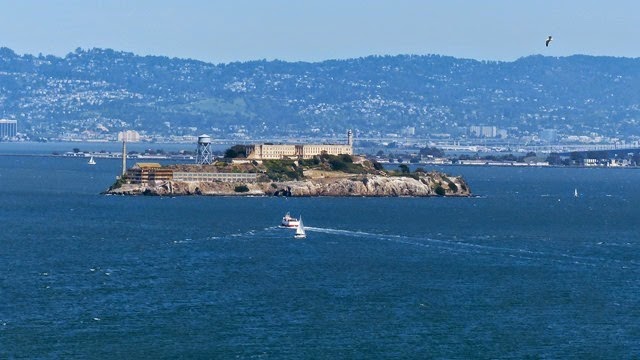 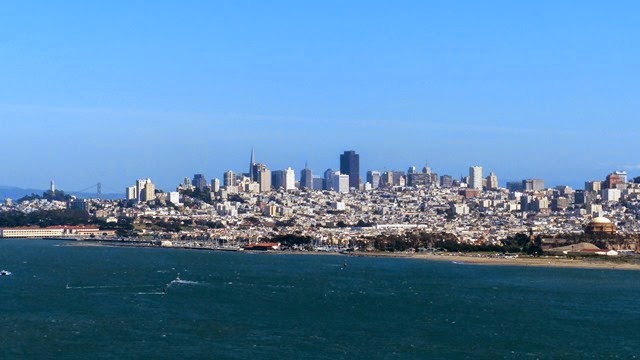 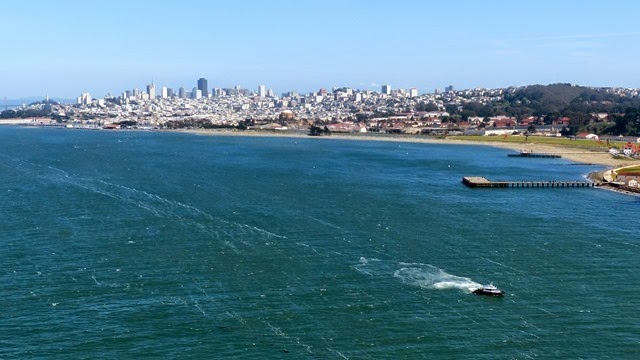 Looking back at Fort Baker and Sausalito. We parked down by that fishing pier jutting out into the water behind the rock. 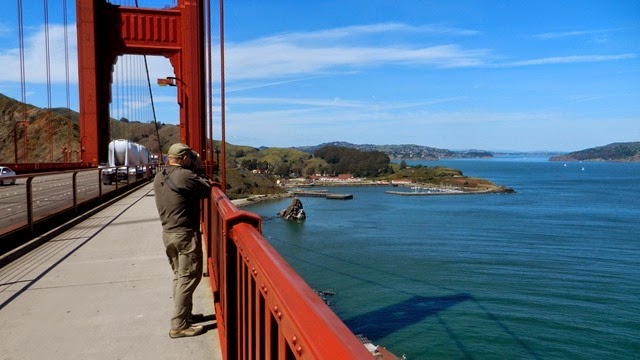 Fort Point on the San Francisco side. 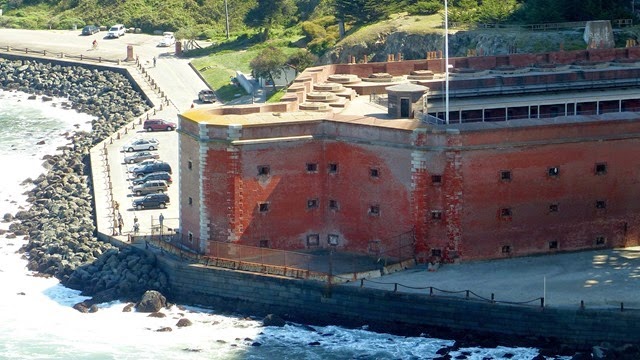 We decided to take the longer but more scenic drive back to Santa Rosa via Mount Tamalpais State Park. Several people told us to go there, so we did. (Not that we always do what people tell us!) The drive going up to the top via Panoramic Highway was spectacular. 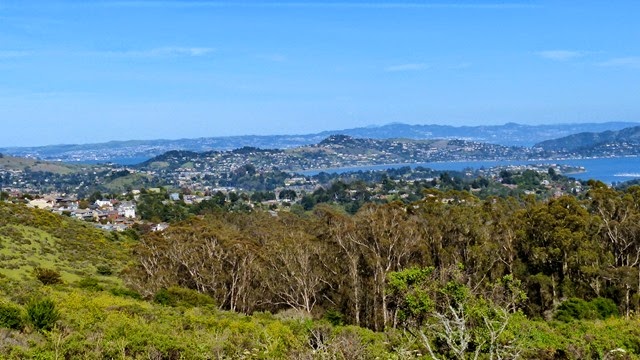 A Sheriff’s Dept. helicopter was taking someone away as we drove by. Hope it was just broken bones. In the past two weeks two women were found dead near trails in the park. 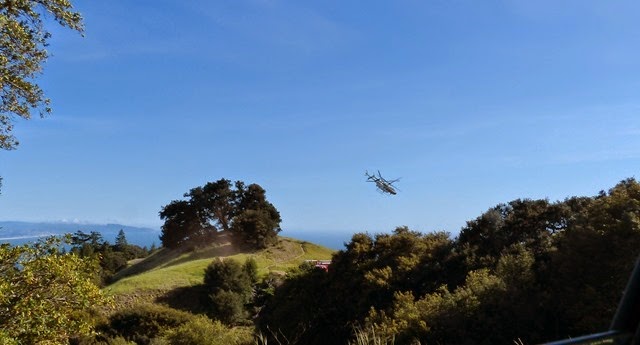 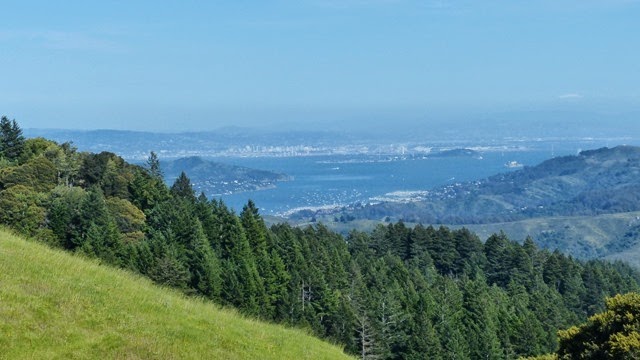 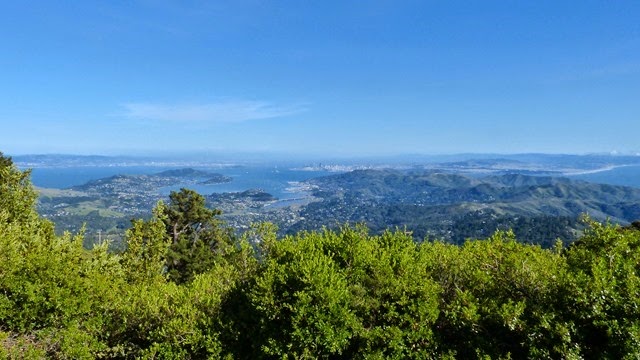 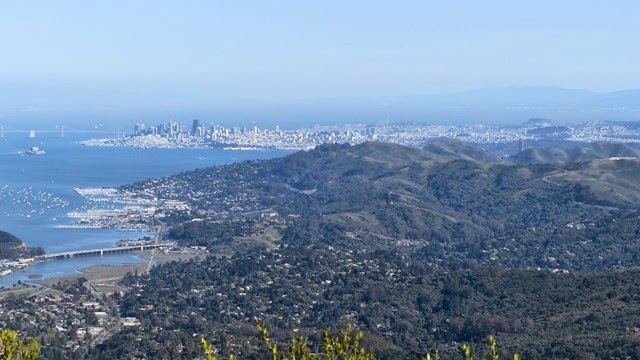 We wanted to do a short hike in the park but it was getting late and we were tired. On the rest of our drive home we passed Stinson Beach, drove along Bolinas Bay on Hwy 1, stopped to look at a bunch of seals, and just enjoyed the scenery. The road from Point Reyes to Petaluma was especially nice. It was a good but long day. Now, if for some reason we don’t come back to the San Francisco area, we feel like we at least hit the highlights.