We are having a pleasant stay at Casini Ranch in spite of it being Spring Break, which means families and kids. Over the weekend the park was maybe a quarter full, and we only had one site occupied across from us. It appeared most people wanted the sites with sewer hookups, or the ones along the Russian river.

On Saturday we just hung around and caught up on some household chores, but on Sunday we decided to do some sightseeing around Bodega Bay and Bodega, where the Hitchcock movie The Birds was filmed. After the (daily) morning fog lifted, it turned out to be a lovely day on the coast. Wouldn’t you know we forgot the cameras and binoculars, so our phones had to make do. 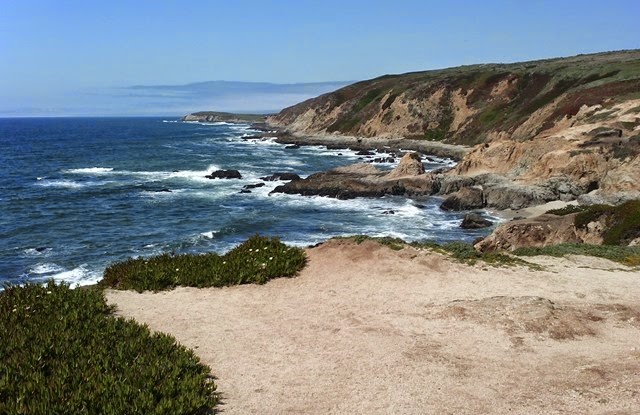 We drove out to Bodega Head, a lovely peninsula with several miles of trails. It’s a popular spot for whale watching so there was quite a crowd, and although we heard one had been spotted earlier, none were seen while we were there. There were several docent whale watchers, so at least we could have looked through their binoculars had the whales been there. 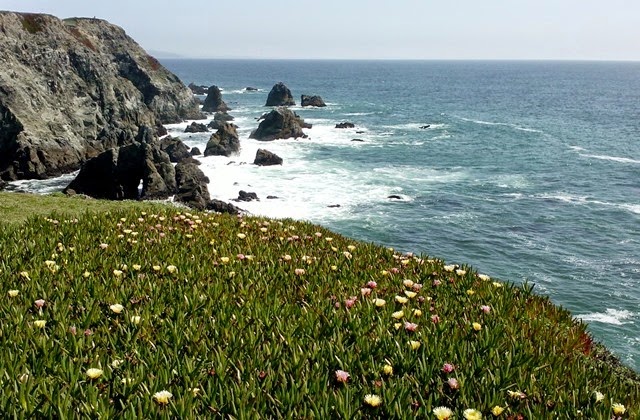 We did have a nice hike along the bluffs. This little island of rocks was covered with seals. We couldn’t see them very well without binoculars but we could sure hear them barking. 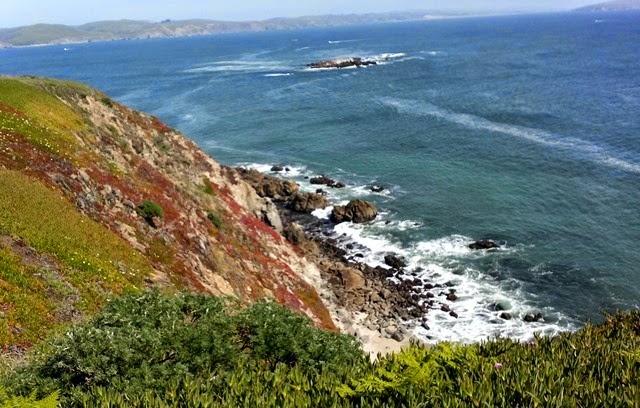 It’s a colorful time to be here with wildflowers blooming everywhere. 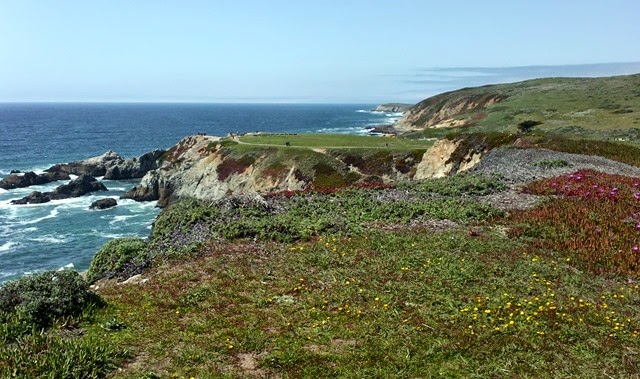 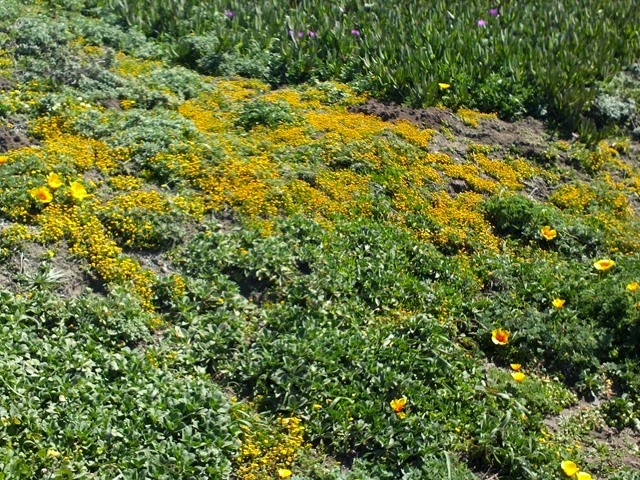 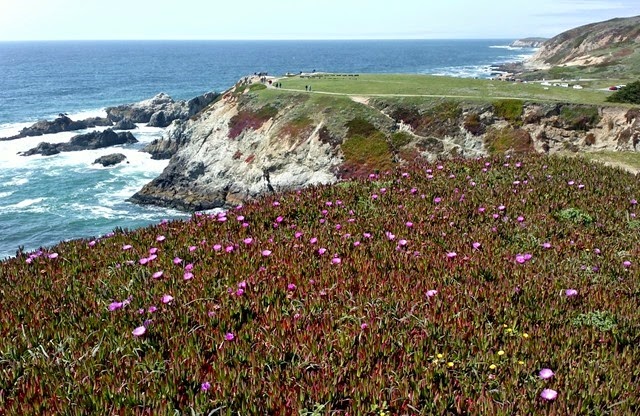 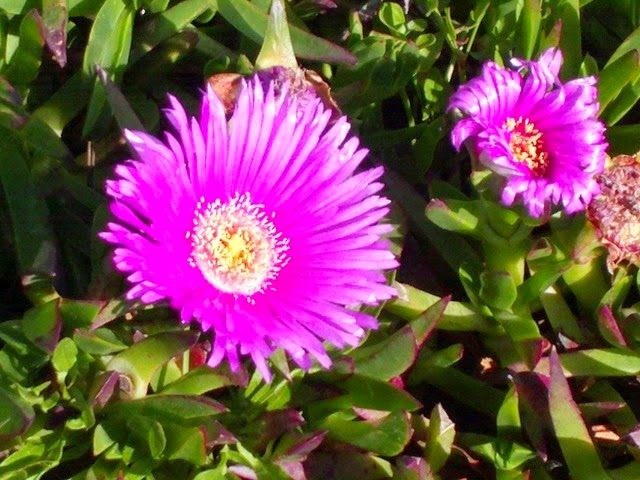 Yesterday we went back to Armstrong Woods State Park for another hike through the peaceful redwoods. 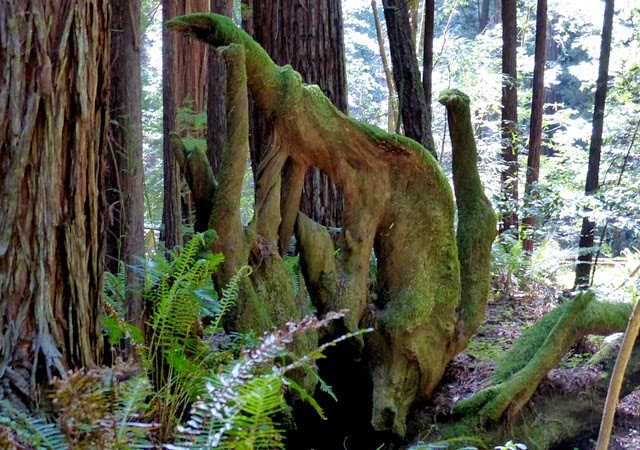 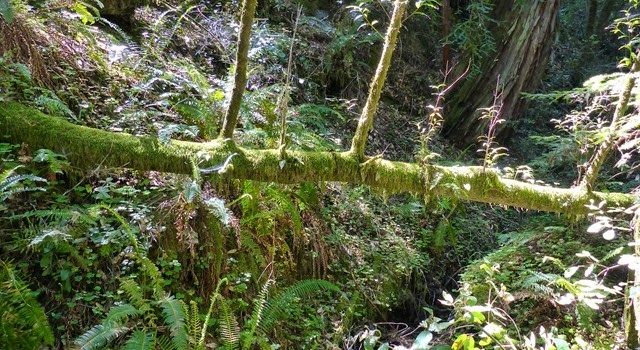 Then we stopped at our first winery since we’ve been in California wine country, Korbel. 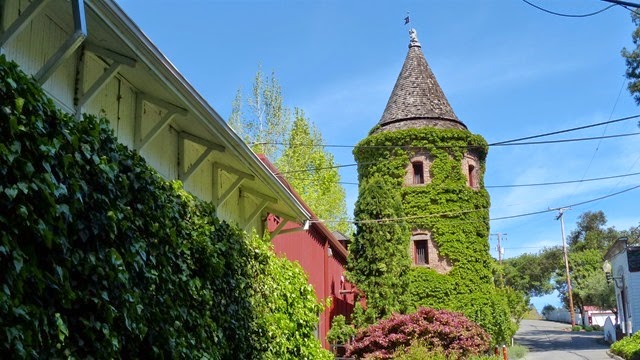 The tour was actually quite interesting, especially the history of the Korbel brothers, who emigrated from Bohemia (now the Czech Republic) in the mid 1800s. They tried several other business ventures before becoming quite successful at making champagne. 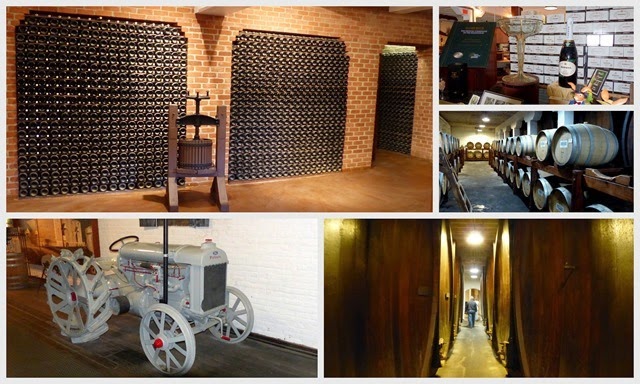 The tour is free and we got to taste four types of champagne. It was all quite good but we bought a bottle of brandy instead for some after dinner sipping. On the way home we stopped in Guerneville for a great pizza at Main Street Bistro.

And we’ve got reservations for the weekend at the Sonoma Fairgrounds RV park in Santa Rosa, so we’re all set for the Easter holiday.