On Easter Sunday Jim and I took a bike ride on a rail trail that starts in downtown Santa Rosa, CA. The Sonoma Fairgrounds RV Park is less than two miles away so we just mapped a route and rode off from here. We thought we got on the Joe Rodota trail to Sebastopol but the trail came to an end in about 6 miles and we weren’t anywhere near a town.

Passed by lots of vineyards along the way. 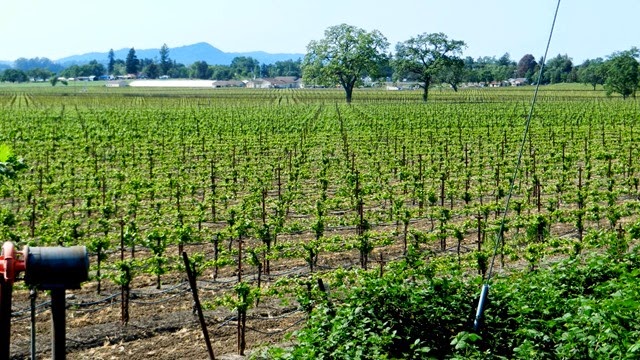 We got to talking with a very nice couple who were stopped at the trail’s end, and they told us we had been on the Santa Rosa Creek trail, and that they were going back to Santa Rosa via the Joe Rodota trail and we could follow them. Turns out they are also full time RVers and we had a nice ride chatting with them. We would have never found our way to the other trail without their guidance. 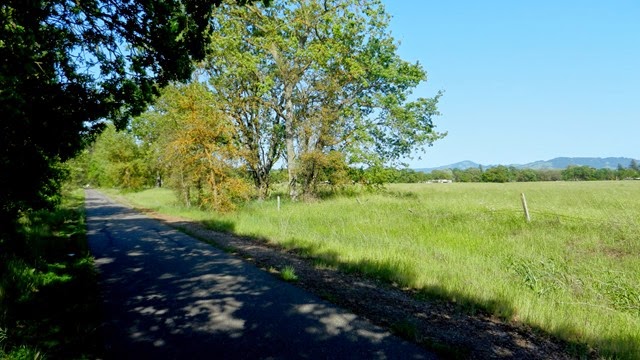 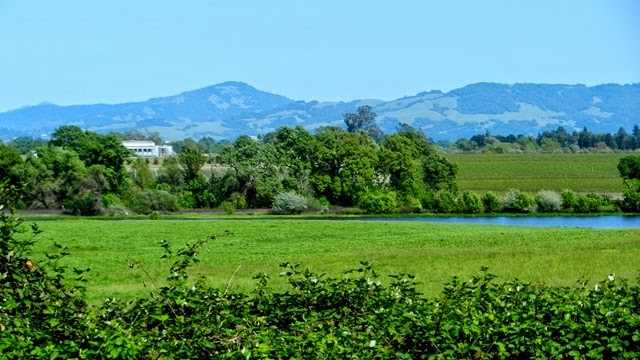 We ended up riding 22 miles, a fairly long ride for us since we haven’t been on the bikes that much lately. I was surprised my butt didn’t feel too bad, but Jim was having more issues in that area so he may have to replace the seat that came on his bike. It was a nice ride, and thanks David and Rebecca for the company.

Yesterday we took the most interesting tour of Canine Companions for Independence, on the Jean and Charles Schulz Campus. Yes, that is the Peanuts creator Charles M.Schulz, who donated the land for the campus. 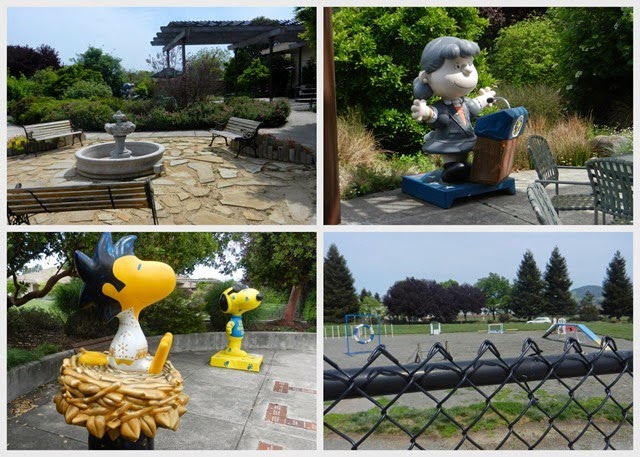 This is quite an impressive facility and organization. They breed and train labs and golden retrievers (and mixes of the two) for service dogs, hearing dogs and facility dogs. 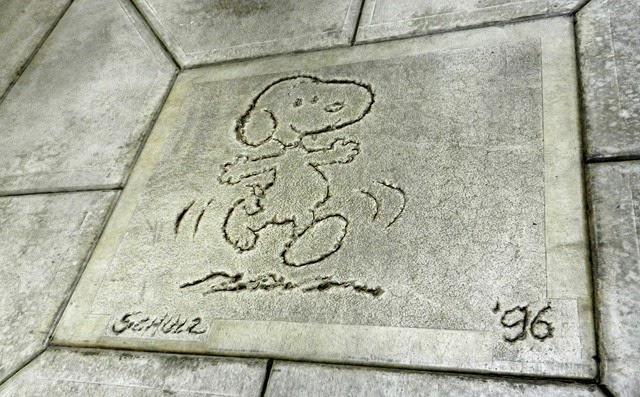 We only got to see a short segment of a dog being trained and one being given a bath by a volunteer. This beauty was patiently sitting in the doggie hair dryer. Never even knew there was such a thing! 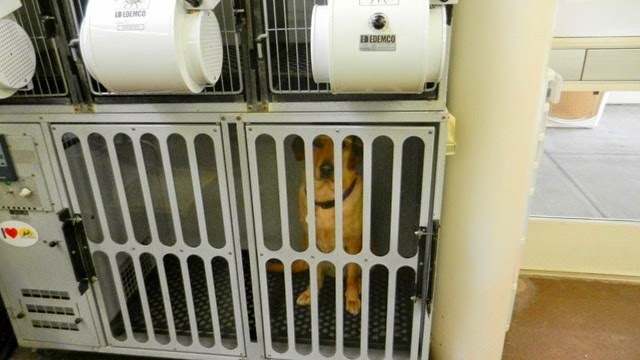 The dogs in training were all very well behaved except for a few barks when we walked by the kennels. 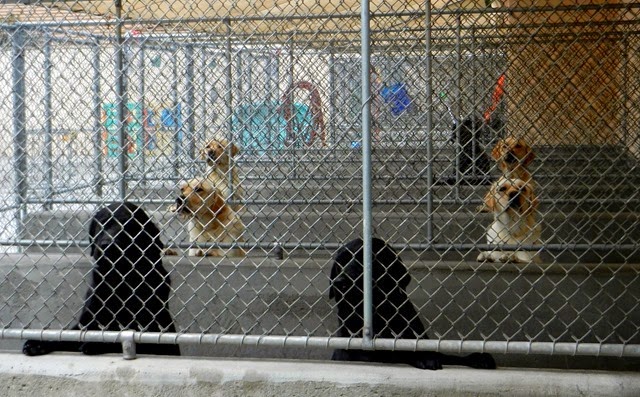 There is also a cat, Ada, that lives on the premises. She’s there to teach the dogs not to be distracted by cats, and was doing a good job while we saw her wandering around. She’s a real sweetie. 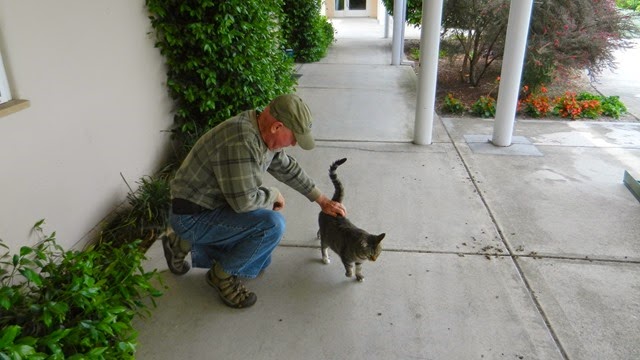 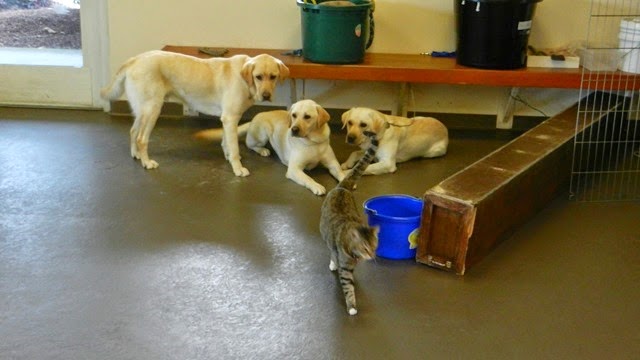 If we lived in Santa Rosa, I would definitely be volunteering there. The office employees even get to bring their personal dogs to work, so as we walked through the administration building almost every cubicle had at least one dog in it, besides the employee. Looked like a great place to work. If you love animals and find yourself in Santa Rosa, CA, definitely take the tour, which is given every Monday and Wednesday at 10 and 2.

Today we took a short drive to Glen Ellen, on the way to Sonoma, to visit Jack London State Historic Park. This was another place Laurelee recommended, and we’re really glad we went. The park itself is very beautiful and peaceful, and the museum was really interesting. We realized we didn’t know much at all about Jack London, but he was quite a colorful character besides being a prolific writer.

He and his second wife lived on the farm that is now the state park, and built their dream home. Sadly it burned a month before they moved in, thought to be caused by spontaneous combustion.

It was built to be earthquake and fire proof, but the redwood logs did not withstand the fire. It must have been quite a place, 15,000 square feet with 26 rooms and 9 fireplaces. 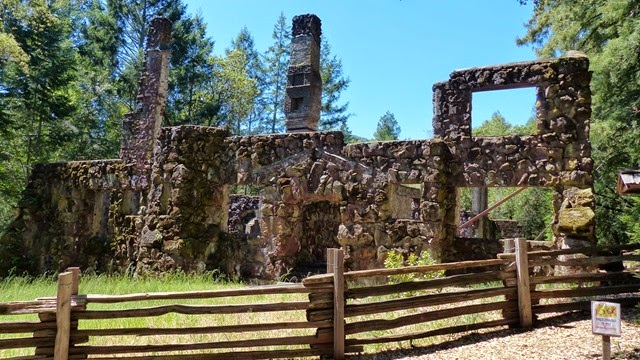 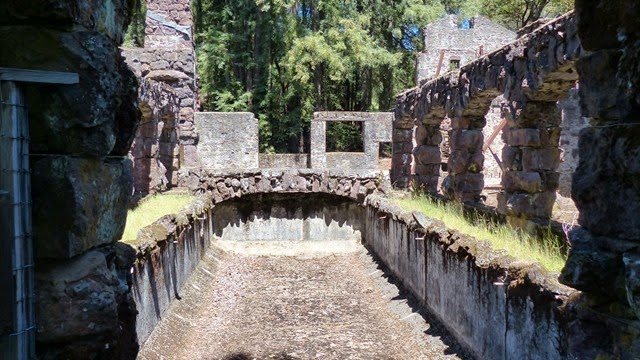 The house his wife built and lived in after his death in 1916 at the age of forty. It is now the park visitor center. 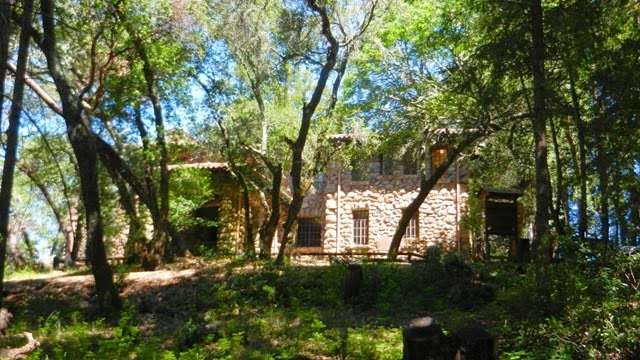 The cottage they lived in while building the house. 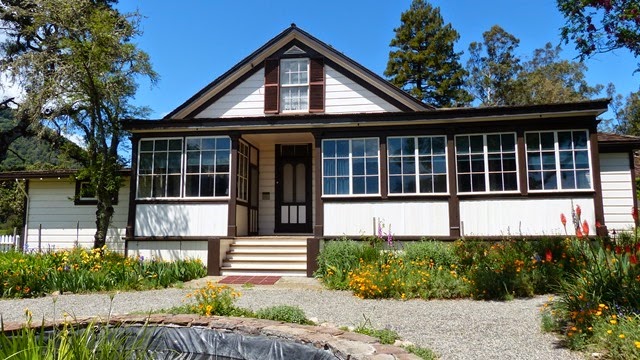 We walked about three miles of trails to see the buildings and grounds, which includes remains of a winery, the Pig Palace, horse stables, etc, but the state park has many more miles of trails. It’s another place we would highly recommend visiting.

On the way home we stopped at Chateau St. Jean Winery. We didn’t do a tasting but just wanted to check out the lovely grounds and gardens. 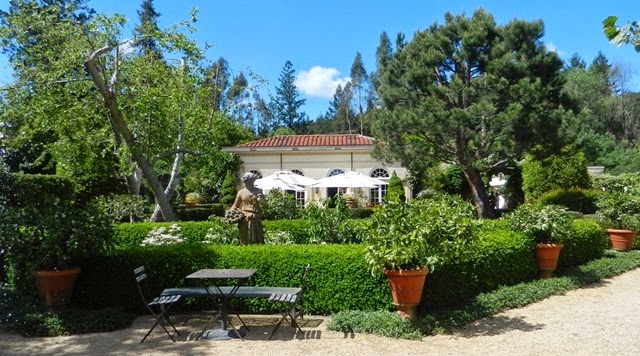 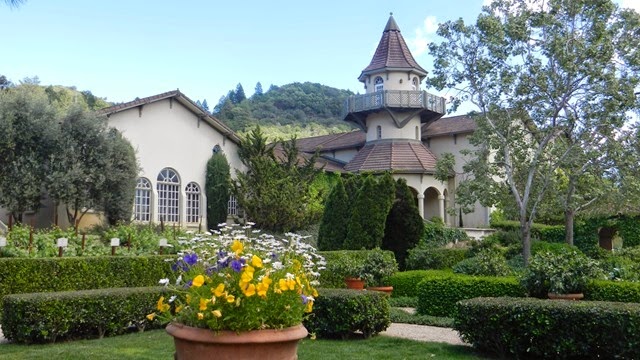 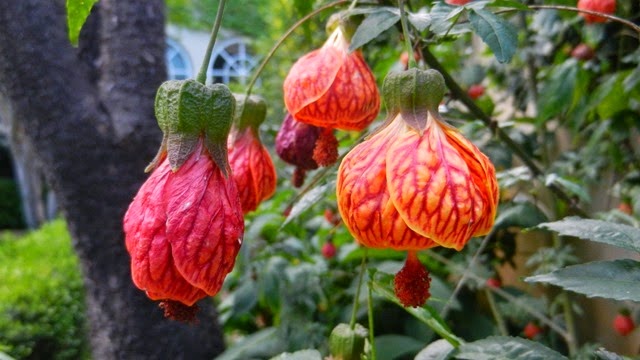 And finally, in Jack London’s own words, this is how we should all live. 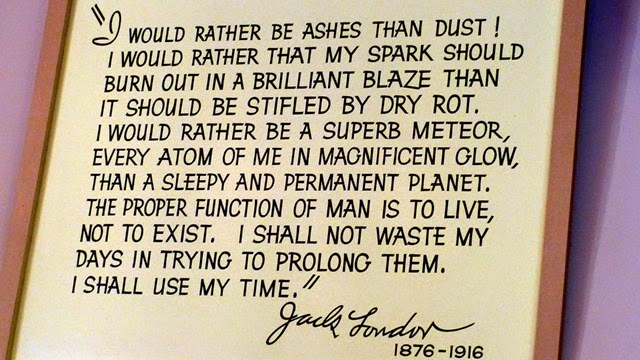